Part 7 of the Nondual Series 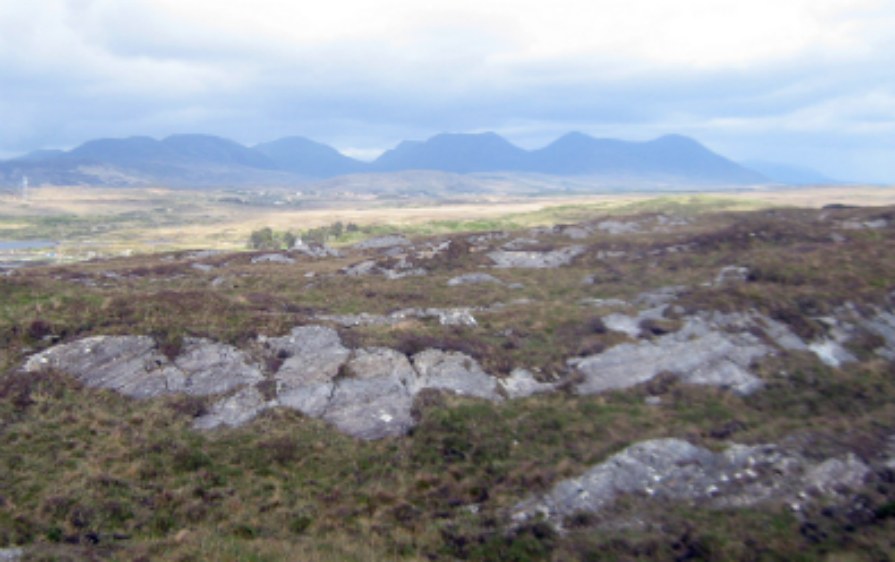 Nondual simply means that nothing has an opposite. There is no time, no space, and all seeming polarities arise as delusions in the mind. This is obviously not the way we experience life, note the emphasis, I didn’t say it’s not the way life is. At the level of the body there appears to be a ‘me and not-me’. But is this another example of the split mind?

Supposing the body and mind were actually one, surely then it would be possible to experience levels of nonduality, a dissolution of space and the separateness of things, without leaving the body.

I know I have experienced this, as have many others.

Thus are we nondual in nature.

So what then is this thing we call the world? Is it the rocks and trees and mountains? Is it the vast oceans we are referring to?  Is it the planets, the sun, the moon? When we talk about the world what do we actually mean?

One of the loveliest things I read in the Course is that you take the beautiful sunsets and the birds’ song with you (T.25.1V.5).  I find that so moving because, let’s face it, there is so much beauty in this world, whether it’s a sunrise, a child’s laughter, or a flower in bloom.

We just focus too much on the ugly stuff. What the Course is really telling us is that the world is in us, and all that beauty is being created on the inside as God extends Himself through us.

The next question then is, is God in the world? Can God participate in something that is unreal? Because if God is not in the world, and we are, then we really are alone. This seems to confirm the idea of separation.

But this is to misunderstand what the world is. To be separate from God would be like being separate from ourselves. It wouldn’t make sense.  However, we can think we’re separate from God. Therefore we can (and all too frequently do) image a world that isn’t there. And here lies the riddle to evil. This could be an example of ‘thinking without God’, a la Sophia, and to enter a sleep where those nightmares we spoke of last time come thick and fast.

See it as a cloud passing across the sky in front of the sun. The cloud represents illusory reality. The sun and the space it passes through is God’s reality. The cloud will eventually pass into nothingness, but while it is in the eye of the sun it is real, as nothing can be in God’s presence and not be real.

What is not ‘God’ cannot be experienced, and is not even there, and it is impossible to have an experience that is not of God. Matter may be the slowest vibrating part of energy (the passive element of Plotinus), but it still participates in the divinity of the Source of all things.

God is in everything

Everywhere you look you see God. A Course In Miracles  invites us to see God in a coat hanger, a door and a waste basket  (WS 1. 29. 5). Lesson 28 tells us that the purpose of the table is the purpose of the universe. So therefore the world and its creator are one.

The next lesson, however, clarifies this. God is not in the table as we see it (my italics), only when we see as with the eyes of God. And we do this, the Course says elsewhere, by seeing our brother as guiltless. Learn, therefore, to see everything with love, appreciation and open-mindedness, it suggests.

As  I Am That (cited at beginning of series) states, when you see the world you see God.

Everyone seeks the light in their own way. Literalists tried to bring God into the world, to make the spiritual immanent. Ultimately, as with all organisations, preservation of the organisation became foremost. The Gnostics adopted a more subjective approach, and sought to know God in a transcendent way, but in doing so they decided their own nature was, in part at least, evil. This doesn’t make one right and the other wrong, they are just different perspectives. In time everyone will return to the light.

The message Jesus taught, both then and now, is one of nonduality. But he obviously knew that a lot of people wouldn’t get what he was saying, because they weren’t ready. Perhaps religion was necessary for a while. Thus the Church became a kind of training ground for souls, Valentine’s rational or psychic element?

Indeed, together we discovered pretty early on in this series that the really basic concept of loving your brother as yourself wasn’t quite as basic, or simple, as first thought. On the surface yes, you treat everyone with respect, do harm to none, be a good neighbour, and so on. All very admirable but with a smack of reciprocity too. Now, what if it were more radical than this?

What if you actually were your brother?

Love is all there is. It encompasses everything and nothing is excluded. And since nothing is outside it then it stands to reason that love cannot have an opposite. But in order for it to be experienced, the illusion of separation, of difference, of depth is created.

If you draw a three dimensional image on a blank sheet of paper you give it the illusion of depth.  It can now ‘appear’ as a table or chair, instead of a series of horizontal and vertical lines on a flat piece of paper, which is really what it is. We are now able to see what is not in what is.

I don’t think we so much descend into the world as embody it. But when we do, we forgot.

Finally, I'd like to propose a somewhat different angle to this. What if this forgetting is itself part of the illusion? We first created this grand conceit, which then becomes the playground of our sport, but, what if at some higher level of mind we decreed: ‘make this illusion so real that we can’t help but be taken in, and then make it appear that we’re forgotten we gave this order!’

That would truly be a cosmic joke!

A dream within a dream, worlds within worlds, illusion wrapped in enigma, like a Russian doll, continuing forever.

Perfect, pointless, ephemeral, eternal, playing itself out over and over, in the deep, indefatigable, unknowable mind of God.

Part 4.  A Little More on Valentinus.