Language and the Body 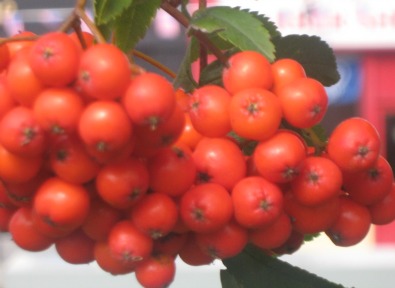 We keep an ear to the ground when we want to know stuff, a shoulder to the wheel when there’s a job to be done, and our nose to the grindstone when we want to finish some task.
Charity is seen as a hand-out, but giving someone your support a leg-up. And if you don’t like that person you might give them the cold shoulder!  What is it with language and anatomy?

Let's look at the symbiosis between language and the body?

There is some evidence that repeating a word or phrase can help to bring about that condition. (called affirmations). Therefore, if you keep saying something is a ‘pain in the neck’ you could, technically, manifest neck injury.

At least it implies rigidity of some kind. Like being ‘alive from the neck up’.

I remember some years ago when I worked in academia I was a bit like this. I’d decided knowing was more important than feeling, and the body was that thing that got me from the lecture theatre to the library. However, what’s going on at an emotional level, if it’s not dealt with, has a tendency to eventually manifest at the physical.

If I habitually use the phrase ‘what a shame’ I’m really telling myself I’m unhappy with something. Literally I’m a-shame-d of myself.

How many people repeatedly tell themselves things are a ‘pain in the ass’? Cancer of the colon accounts for over 650,000 deaths now in the West per annum.

That really is a huge and very serious ‘pain in the ass’.

Or, ‘get it off your chest?’ But what exactly is weighing on your chest?

Our words can betray us too. Take the man who murdered his wife and buried her in the garden beneath the geraniums. On the surface he acts normal but if you listen to his conversation carefully it’s likely to be full of ‘down to earth’ references.

Sometimes we make certain parts of the body ‘wrong’, specifically the genitals, and describe these in vulgar terms, which in turn become taboo words. This becomes the stuff of humour. Now is there anything inherently funny about the words ‘arse’ or ‘fuck’?

No. Absolutely not. Yet they make up over 90 percent of every stand-up comedian’s material. Pathetic the things we laugh at! What is the problem with our anatomy? Are we embarrassed by it? Remember when you make something wrong you give it attraction.

Euphemisms are often used to describe the sexual organs, such as ‘little man’ for the penis. More disconcerting perhaps are violent or attack words, such as ‘prick’ and ‘cunt’. These may indicate, in some cases, an unconscious fear or loathing of our sexuality.

Here’s a good one. Try thinking a thought without using language.

Another thing, words that were previously must-nots (in your grandmother’s time) are now must-haves. Using them gives us a kind of liberation from the tyranny of prudery, old-fashioned frumpery, and “words made wrong”. It’s akin to giving two fingers to the old order when we all had to be very grand and polite. We feel we’re shaking off the shackles of verbal enslavement.

You may say, oh that’s just the way we talk, and yes, you’re right, to a point. We learn language through mimicry and we continue to add to it by that same process. But what are we imitating? Are we picking up some kind of neurosis about the human body? Look around you, today’s society has a complex the size of the Empire State with the body and with sexuality, arising, no doubt from a backlash to the conservativism of previous generations.

Since language follows from thought, it is good to be aware of what we say and the words we use. All speech is really an affirmation. The word becomes our declaration to the world about the choices we have made, what we’re calling into existence.

Language is how we configure our world. Indeed it would be impossible to live without it. But it is not real. Language is something we collectively ascribe to things, and forgetting this fact, we then go on to mistake the thing for its name. A tree is no more a tree than it is a horse, it is only called a tree for easy reference and to make sense of the world.

A tree is just a four-letter word.

One of the first steps to breaking down the illusory nature of reality is to become aware of the role language plays in it. Those who choose some form of monastic or hermetic lifestyle in which silence is an integral part are, in my opinion, contributing enormously to communication in this world. Sometimes, in order to ‘hear’ it’s necessary to switch off the outer noise.

and now, over to you!

What way do you use language? Start listening to the words you use. And don’t forget to include your inner talk. It’s crucial in revealing hidden scripts and inner conflict.

Be mindful of the words you use,

when it comes to language keep your eye on the ball!

Return from language and the body to home page.