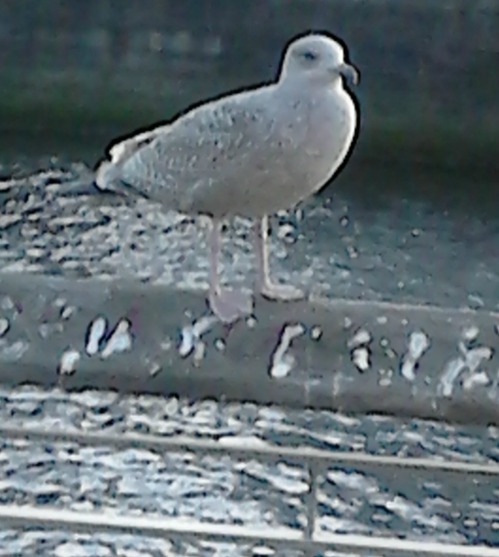 Starting something new in life can often bring up a lot of fear. Have you noticed this? And have you noticed how it activates old stuff? There’s a saying that love brings up everything unlike itself, and it does so for the purpose of healing and release.

Ghosts of older days emerge, skewed and distorted accounts of the past, scenarios and intrigues, usually fictitious, are (re)played. The mind games unfurl. Often this takes the form of rejection, of being excluded from some imagined golden circle.

This can be as fleeting as believing you are excluded from a particular conversation, that you are not “in the know”, that you don’t get invited to things. Often separation is experienced as a lack of status, of not having the same stuff that others in your group have, of not being cool enough.

It's officially known as FOMO (Fear Of Missing Out).

Sometimes you hear folks proclaim, almost with a sense of resignation, ‘people never tell me anything’, or ‘I’m always the last one to know’. This betrays a thinking that is indicative of two things: a lack of self esteem (that they are somehow not complete until they are part of the larger group), and a sense of entitlement.

How dare you leave me out?

When I hear such a comment my first conclusion is that the person is not being heard, and it’s often because they’re not listening. As is common with problems of communication the hearing and the telling gets scrambled.

You never tell me you love me anymore.

You talk to him more than to me.

I told you this but you never listen.

This betrays a belief that somewhere, very deep down, the speaker expects the other to be responsible for them. It also conveys an inability to be assertive on their own merit. And when they try it comes out in an aggressive or defensive manner. Being assertive is not the same as being aggressive.

Back to the future to avoid the present

In the moments of perceived loss or exclusion certain childhood memories can get activated. Not the original event, but the hurt and emotional pain that accompanied it. Now while it is true that everything has its roots in childhood, in our earliest upbringing, too often we go clambering there for the solution to every problem we have. Don’t get me wrong, I think psychiatrists and counsellors do a terrific job, there are some knotty problems after all that we need help with. But too often we rush to the haven of the past to solve perceived difficulties of the present. Asking such questions as ‘why me’, ‘why did this happen the way it did’, ‘how come I have such a lousy life’, no matter how well it is dressed up is still engaging with the politics of blame.

It’s got nothing to do with logic. Exclusion is about emotions.

You screamed and balled your head off when you were four and your parents wouldn’t let you sit on the lawn mower, or even drive it (they were really evil!) This anger is then bottled up and displaced throughout your body. And it still remains there. Now as an adult when you experience a wave of anger, or you feel you’re left out of something, it is this same anger you’re (re)experiencing. If you feel disappointment today it’s because at some stage in your life you learned how to feel disappointed. It’s that original anger, disappointment, resentment now channelled in a new direction and towards a new target. Chances are you’re completely unconscious that you're reliving that first emotion.

This can be hard for some people to hear because society places such a premium on emotions today. It demands the emotion be turned up to a level that it doesn’t need to. Yes, acknowledge the feeling, don’t suppress it. But don’t get attached to it. Be really clear about feelings, ‘yes I’m feeling angry right now, but I know that’s not me, and I know at a very safe level that it’s not real’.

Feelings are seductive traps. They appear to be the most real thing in our lives, but in fact they are not real at all. When we are in an emotion it is huge, we feel it intensely, and we can’t see that we are creating this in reaction to some external stimuli.

Our feelings are simply our reaction to what’s going on around us. If I hurt my leg I experience the feeling of physical pain. This is sensation. Emotional pain has a different basis, it’s not nerve-based, but it acts on the same principle. Something happened in my environment and I am responding to it.

Let’s illustrate. I may be in a really upbeat mood when suddenly I hear distressing news, my mood changes. I’m now experiencing the feeling of ‘sad’. Another time I have a very important meeting and I realise I’m going to be late, so I experience panic. Maybe someone was rude to me and I sulk, or I’m looking enviously at an object I can’t have, and I feel resentment. Our emotions are all regurgitations of the first primary emotion. None of these feelings is real in themselves. I chose to be sad, panicky, sulky or resentful in reaction to a situation which may or may not have merited it.

People get juiced on emotions, on the rejection bug.

Birds of a feather

Being part of a select social group can be a huge buzz for some people, with the perceived status elevation it will give them, not to mention the networking, making new friends, being accepted.

But why do we not feel accepted if we are not ‘in’ something?


A lot of growing up involves exclusion, other kids don’t play with you, you didn’t always get the toy you wanted, a parent not being available when you need them, say to read you a bed time story, or because they had to go off to provide for you. Or you wake up from your worst nightmare ever only to find there’s no one there and it’s dark. This is called growing up, and it’s painful.

Now if you’re a parent there is no way to cosset a child from every pain and hurt. Today’s parents are bullied into thinking they have to do this, and if they don’t they’re bad parents.


Well here’s some news. We all have had to grow up. And there’s no way to do this and not get hurt. It’s called life.

And part of life is learning how to be alone. We are by nature gregarious and social beings, and this is fine. We need balance. But we also need to be comfortable just being with ourselves.

If we perceive ourselves as marginalised, treated unfairly, left out, overlooked, rejected, this usually is an indication that our personal lie has been activated. We all have this blueprint that says we’re “not good enough”. And it’s BS.

And when we feel there’s something wrong with us we naturally gravitate to others. Surely they - other people, groups, fads, alternative lifestyles, golden circles - have what we need to be complete. Surely they will fix us!

If you're feeling excluded, no matter what the reason, know that it is just a feeling. And that feelings lie. You are part of life, of All That IS, and there is no way you can be excluded from anything. At one level You are Everything, and the thought that is coming between you and that is the lie. Change that thought. Recognise the feeling it gives. Sit with that feeling in your being. Don't try to get rid of it, just know it for what it is.

We are never fully formed until we can be comfortable with being alone, and feel totally safe with just ourselves. Because at the end of the day that’s all there is.

Return from Exclusion, Lies and Emotional Escape to home page.