doorway to a new awakening 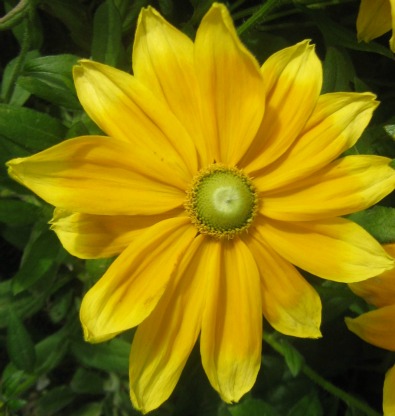 Meditation has been gaining a lot of currency lately because of the many health benefits – both mental and physical – that seem to result from it.  I would go further though and argue that the real reason to do meditation is that it’s a gateway to full awakening.

One of the greatest fallacies about meditation is that it is about getting rid of thoughts, like your mind should be a thought-free zone!  This is simply not true.  Meditation is not about suppressing thoughts, it’s about not engaging with them. A totally different animal!

You have thoughts all the time, even when you’re meditating, and people who tell you otherwise are just plain lying. In fact if you had no thoughts you’d be dead! Meditation is not so much about getting rid of our thoughts as about changing our relationship with them. It helps create greater awareness by allowing us to know what our thoughts are. Then we’re in a position to do something about them and not let them run us.

“Awareness, in and of itself, is transformative”  Fritz Perls.

We think too much!

Thinking takes part mostly in the anterior or frontal lobes, the intellectual or reasoning part of the brain. The problem is we tend to rely too much on this part of the brain, and it gets overworked and stressed. Meditation facilitates different parts of the brain to develop, including the hippocampus where most neuronal activity takes place. It aids neuroplasticity, that is the growth of new neurons, and stimulates the thalamus, the walnut shaped structure in the middle of the brain that gives emotional meaning to concepts, and helps create an holistic view of the world. Also it reduces the amygdala (the fear centre), while increasing the anterior cingulate, that part of the brain where compassion and empathy seem to be located.

Another part of the brain that benefits from meditation is the parietal lobes. This is the part of the brain that establishes the relationship between ‘you’ and ‘not you’.  Perception, how we ‘form’ reality is here.  Over-activity in this region creates a sense of separation, but when activity is turned down the self begins to dissolve and the boundaries between you and the Divine become blurred. Studies have shown that formal religion increases the parietal lobes (creates fear) while meditation decreases it. Therefore meditation makes us more compassionate, and gives us greater empathy with suffering we see around us.

Thoughts are, by their very nature, seductive creatures.  They love nothing better than to lure us down so many rabbit holes.  Like playful imps they like us to chase elusive leads.  I’m sure you’ve noticed that when you sit down to take a breather some thought will pop into your mind, maybe it’s something you have to do tomorrow, or a funny thing that happened last week. And before you know it you follow the thought like a thread that takes you in deeper and deeper until you’re lost in thought.  Meditation simply makes us aware of this, and by choosing not to always follow the thread, we become more present more of the time. In this way we remain grounded. Hence we are more present with others, and with ourselves. It means we function at optimal level and that we’re all round happier.

Based on an ancient Buddhist practice and popularised in the 1980s by Jon Kabat-Zinn, mindfulness is my preferred method of meditation. It  helps create sharp awareness of our thoughts and habits, and, when done regularly this awareness stays with you all the time.  Another great benefit  is that results can be attained quickly, so, for example if you’re under a lot of stress as soon as you start meditating the stress levels will fall in a very short period. This is truly good news as it means you don’t have to wait for years to reap the rewards.

There are many ways to do meditation.  Some like to sit in the lotus position, but this is not necessary, sitting on a chair will do just as well, while keeping the back straight, but not rigid. You can even meditate lying down, and I know people with certain physical disabilities who do this, very effectively. However, in doing this we are assuming the sleeping position, and run the risk of nodding off. So for me sitting is preferable. In the end it’s a choice. Just remember, there’s no correct way to do meditation, pick whichever one best suits you and that you are most comfortable with.

Relaxation is not quite the same as meditation. It’s like having a nap, it may leave us feeling rested but it’s not meditation. The difference can be summed up in the following,

“Relaxation is passive, Mediation is active”.

In today’s world where we are often disconnected from our feelings, or at least from expressing them, more and more people are turning to meditation, and finding that it brings them great inner peace and tranquillity. You will find that after meditating for some time the things that used to bother you just don’t seem to any more.

Meditation, as we saw, can alter the brain and make us more compassionate. Then when we’re less fearful and self-absorbed our thoughts are no longer focussed solely on our own concerns, and we develop a more global awareness, or ‘global centred consciousness’. As I said at the beginning this, for me, is the greatest benefit of meditation, and why I advocate it strongly. I only wish it were taught in schools. The Dalai Lama is quoted as saying if we taught all eight-year olds to meditate all conflict would be eliminated in a single generation. He’s right.

Next time we’ll look at some studies that prove the amazing benefits of meditation.

Return from meditation to home page.