Part 5 of the Nondual Series 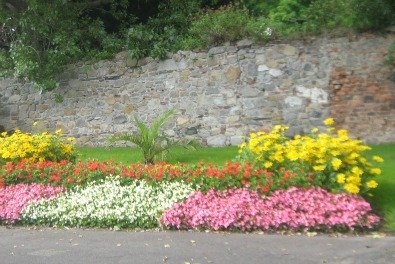 So far the systems of thought we looked at were all hierarchal, teleological, or what we might call vertical-linear. There’s a first mover, then everything emanates from that, and everyone’s begetting someone or other, a la biblical style. But what if it wasn’t like that? What if it was all a kind of Oneness perpetually expressing itself?   Well, as it happens a certain philosopher from the period we’re looking at articulates this very view. His name was Plotinus (205-270 CE) and we’re going to boogie with him today.

When I delved deeper into Plotinus for the purposes of researching this series I discovered to my pleasant surprise his weird way of looking at things was very similar to my own.  I have to say folks I’m excited!

So what’s he about?

Well, (and this is the really simplified version), Plotinus posits three elements: the One, Intelligence or Nous, and Soul. But they do not owe their existence so much to any system of emanation, or from begetting each other. Rather they exist in unison – each element contemplating its previous and then releasing itself into that below it, eternally recreating in this circular movement.

Acting together all three are the creative, active dynamic. The opposite is the inert element that is totally passive and malleable, an amorphous plain of nothingness upon which, through contemplation, a sense-reactive form is imposed. When contemplated by nous it is the etheric world of the forms. When contemplated by the soul it is the material world. Plotinus called this the ‘sensible’ world.

On the nature of the soul

The soul is divided into a higher soul and a lower soul, although they are never really separated.  It is only the lower soul, which is the locus of the personality and where karma is worked out, that enters into the passive material element. The higher soul (this seems similar to what I call the Higher Self), is changeless, and remains in union with nous and the divine element. It is at the point of entry that the lower soul appears to fragment out of necessity into different bodies.

The soul’s purpose is to light up the darkness of indeterminacy (matter) in order to extend as the higher realms do (see ACIM T-7.IX.4 passim). But as it journeys deeper into this plain it becomes affected, even tainted by its overwhelming sea of passivity. In this deep stupor the soul attempts to know using sense perception, the property of matter which is passive and alien to it, thus its conclusions will inevitably be in error. It would appear that the soul is unavoidably affected, even corrupted, by that which it acts upon, i.e. the passive realm. Thus as we affect the world around us are we affected by it.

At the same time as it sinks into this passivity it develops a kind of amnesia, losing contact with its upper half.

It begins to forget.

In the end, through unconditional love, the lower soul is restored to its divine origin by its ever-awake higher self.

Valentinus claimed God was incomprehensible and could not be known directly, a common theme in Gnosticism. Thomas Aquinas says God is knowable, but is unknowable to us. Aquinas, following Aristotle, argues that because the Unknown is ‘immaterial’, it cannot be known by a substance alien to it. And as God does not partake in the material it therefore follows He cannot be known by what does, i.e. us.  However, we can know about Him. Aquinas resolved this dilemma by resorting to “Divine Revelation”, a popular convention of the time, and in my opinion is a cop out.

However, Plotinus would say the One cannot be known by discursive knowledge, but only through transcendent communion. Something which his student Porphyry claimed Plotinus achieved himself in his lifetime. Perhaps here is the mystic that Christianity was missing all along! The Course tells us we never left God, so it’s certainly possible to experience God at the nondual level.

Here’s the way I see it. There is the ALL, call it the One, the Father, or Prior Source. I call it All Encompassing Love. The exact words don’t matter.

Then there is also the concept or ‘idea of god’,   which we created and is really a very large version of ourselves. This comes with all the familiar human traits; jealousy, anger, prejudices, even our neuroses,

‘a God, in short, who but is a reflection of human frailty’, (Einstein).

But then we confuse the ALL with the concept, and we start to live by the concept, projecting our own fears and weaknesses onto it.

So you see the centrality of contemplation to Plotinus’ system.

Everything contemplates the One, however imperfectly.

Example: when we love someone we’re really loving the One, we just don’t realise it.   Even something negative, such as anger, could be said to be an inappropriate way of contemplating the One.  But still trying to attempt to do so.

Plotinus seems to bridge the gap between Western intellectual thought and the Eastern meditative tradition. He had a huge influence on Renaissance thinkers, and, by stating the mind is not simply a passive recipient of sensory data, but plays an active part in shaping its outcome (my italics), could even be said to have sussed the law of attraction!

Incidentally, Plotinus never once mentions Christianity in all his writings. As for the Gnostics, he didn't even like them! In fact he lambasted them for what he saw as dogmatic dualism in their teachings.

Plotinus' work  has been compared to the Advaita (non dual) Vedanta of Hinduism. For him the One is not even a first principle, but more like what we might today call the zero point field.

Next time we will look at the question of evil and then wrap up this series.

Return from creation by contemplation to home page.