The History of Reiki
Its Origin and Development

The most popular form of Reiki practiced today is Usui Reiki, named after its founder, Dr. Usui. There are a lot of apocryphal stories about his life and awakening. It’s not certain if Dr. Usui channelled the symbols or adopted older versions. He certainly didn’t channel all of them as some are ancient Sanskrit glyphs. His original training system was passed down in six levels, now modified to three. 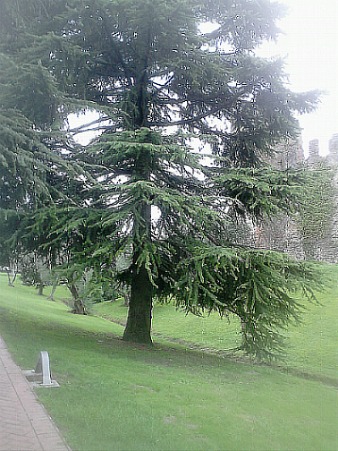 Another popular form is Tera Maia Reiki. In Tera Maia they concentrate more on the auric or etheric body, and often there is little or no physical touch. They also make more use of the symbols.

I’ve experienced both types, and while I found Tera Maia very powerful (I briefly passed out during a session!) my preference is for Usui (because I’m a touchy-feely person and I love the hands-on bit!)

The word Reiki was current in Japan before Usui developed his particular system, whether it was a healing modality or not we don’t know.

From East to West

Reiki may have remained an obscure oriental practice had it not been for an American lady, Madam Takata, who was primarily responsible for introducing it to the west.

It was while on a visit to Japan that Madam Takata met Dr. Hayashi, a disciple of Dr. Usui’s, who initiated her into the Reiki arts.

At the time Reiki was highly elitist, its symbols fiercely guarded, and was not something to be sprinkled around liberally. This reflected the thinking of the time more than anything. People loved mystery schools then, and many flourished in that age, such as the Order of the Golden Dawn.

I’m afraid Madam Takata would not have approved of me writing this article and giving away all the secrets! That would not be good at all! Perhaps they thought if too many people could use Reiki they would start adding their own stuff to it. Interesting, because that’s exactly what happened! Reiki has been ‘watered down’ somewhat today (people have added their own thing, such as angel therapy, or a practice known as the 21-day fast, to it). However, despite that, I for one, believe the universal loving energy of Reiki should not be the preserve of a few, but should be shared by all.

Incidentally, the 21-day fast arises from the belief that it took Reiki 21 days to permeate and cleanse the entire body (we now know energy bleeps in and out instantly rather than moving gradually). During this time abstinence from coffee, sex and all kinds of other goodies was prescribed.

I’m living proof that this is not necessary! The day of my first attunement I drank coffee, and even had some beers in the evening (not to mention the other!) And, as I wrote elsewhere I quit smoking the next day.

Now, don’t get me wrong, there are many benefits to be gained from fasting. Just don’t feel it’s compulsory for Reiki to work.

In her entire life it is said that Madam Takata only initiated 22 teachers. After her death in 1980 there was a split in the school she established. A granddaughter of hers headed up a group called Reiki Alliance, while another student, Barbara Ray, set up Radiance Technique. Today there are hundreds of schools, and literally thousands of Reiki teachers and practitioners throughout the world. Personally I think this is a good thing. Hiding something as good as Reiki and making it elitist benefits no one. I believe the more people who are involved in healing (whatever the modality) the better.

A recent welcome advancement in Reiki is the growing number of hospitals and nursing homes that allow their residents access to this wonderful healing modality. A move that is to be applauded. Let’s hope that kind of progressive thinking continues.

This series concludes with:

You can also read about

The healing power of Reiki

Or, return from the history of Reiki to the home page.