LOA: do we attract, or do we create ? 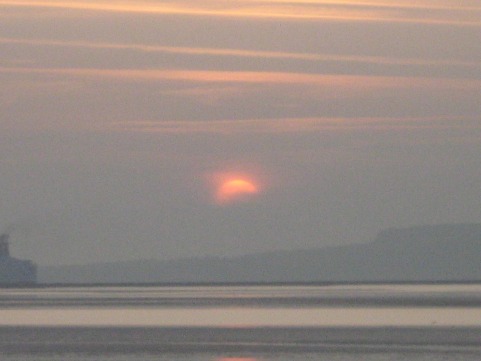 Today, in a conclusion to yesterday's post, I'm going to finish off on the topic of the law of attraction by looking at a more sinister aspect of it.

Law of attraction doctrine teaches that what we think about today we will manifest tomorrow, and that the universe will return to us that which we send out. Ok. So what about the child of eight years who is raped by someone she trusts. Did she attract this assault? The law of attraction certainly implies that she did. There’s no way we can sidestep this. If our physical reality is merely the vibratory match of our thoughts then the girl was having some serious thoughts of rape or harm.

How can a child ‘attract’ something like this? To say so is surely to despoil the innocence of youth all over again. We need a more compassionate theory of reality than "you get what you think about" which law of attraction teaches. In any event it's not true. How many times have you lost a whole night’s sleep worrying about something only to find that it never happens!

The child we spoke of above DID NOT create being raped. She is totally NOT responsible. The perpetrator is. Every time!

a prospective from wisdom

Perhaps a more intelligent question would be to ask, ‘do you attract or do you create’ your reality?

Because if the first is true and you attract stuff in, that means whatever you desire is outside of you. But if the second is true then you create it, from within. The latter has a ring of truth to it. A Course in Miracles teaches that only the thoughts we have with God (Source Energy, Higher Self, Buddha, Allah, whatever term you're comfortable with) are real. The rest are nonsense. So let go of any notion that every little thought is important.

If everything is already a part of us, how then can we ‘attract’ or draw something to us?

Now, where people get confused is by the things in their lives that they don't want, such as illness, or a failed marriage, death of a child, and so on.

Just acknowledge that for some reason you showed up for that event to happen. Something in you may have needed to experience it, or to witness it. Don't resist or make it wrong.  When we make something wrong we give it energy and thus, inadvertently, create more of it. I'm not saying you have to like it either, or meekly put up with your lot. Just allow it to be if it's there at the present moment. That's all.

When we do this sometimes letting go happens by itself. I describe this as macro responsibility elsewhere. All it is is acknowledging the truth of the situation, without blame, without trying to find reasons even. Because sometimes there just are no reasons. At least that we can see.


The law of attraction is an idea, simply an idea, that’s all. It may be a useful idea but it can also be a dangerous one. Project your mind twenty years down the road when health insurance may become a thing of the past as people are told they brought sickness on themselves (it’s happening already with smokers!)

At the end of the day you decide if you’re going to buy into that idea.

But remember, YOU are what’s important, not some idea, or what someone else thinks about you.

And what you believe about yourself tends in the end to become your reality.

But then, in a clunky, roundabout way that's what law of attraction teaches, isn’t it?

Return from attract/create to home page.