Why do we trust ourselves in one area and not in another? Well, we actually learned to do this as a child in accordance with the imitation-habituation process. We latched on to a particular trait because it served us in some way, at the time. It probably doesn’t any more.  We all idolised our parents then so what we saw “working” for them maybe wasn’t working very well at all.  Or it’s likely we felt some behaviour kept us safe. But if being safe meant you took a back seat, then it ain’t serving you now. We’re all the victim of bad habits.

Sometimes we act out of defiance: ‘they said I couldn’t do this, I’ll show them’.

Even from a desire to please, ‘I’ll be just like my father, then he’ll approve of me’.

Or we can stand it on its head and come from a sense of fuck you, ‘I’ll really screw up and see how they like that!’

Some people grow up to be good communicators, but have challenges with intimacy. Others are great at fixing things, but will never be an inventor. And they both think that’s just the way things are. They resign to who they think they are. This may even give them a kind of happiness. But what they don’t know is that they created the communicator, and the fixer, which is great, but then they limited themselves to that. If Mr Fixer could allow himself to believe in his inner inventor, and Ms Chatty trust her deeper feelings more, those latent parts would emerge.

How about you, what greatness are you keeping covered up? 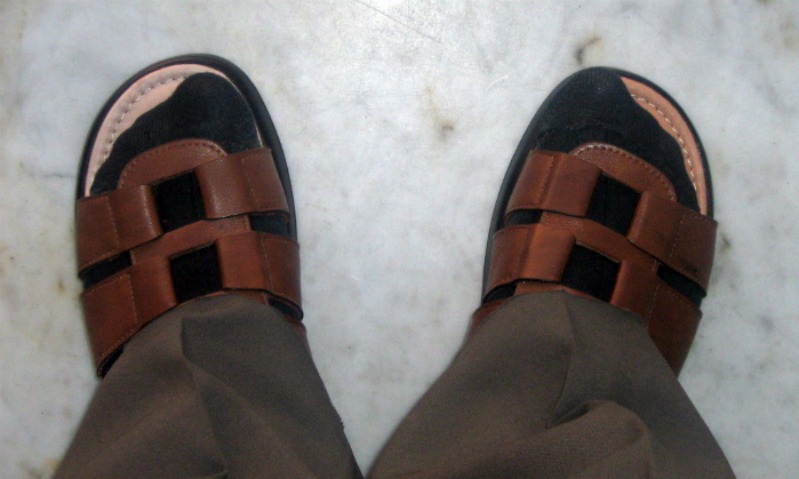 Rarely do we live fully in either trust or in doubt. The former would be too terrifying for most, the latter too destructive. Now if the doubts are in the majority there are likely a lot of glass ceilings in your life.  On the other hand, if you have a tendency to trust (even when you don’t really know what’s going on) and let yourself hang loose, you’re in the top five percent of the human race, and doubtless very successful.

Most of us are somewhere in the middle, but if you live more from trust than doubt you’ll have more of the things you want in life. The trick then is to prick holes in your balloons of doubt and let trust gain more and more ground. That takes a bit of time.

People get embarrassed about their feelings, which comes from identifying with them. They think, ‘I don’t like this feeling, its making me uncomfortable’. So they invent a distraction, maybe have a drink, or work off steam in the gym. But if something’s making you feel uncomfortable then your mind needs to be on it!

‘the way I feel about aunty Josie coming round this evening is . . .’

This objectifies the feeling. It breaks the link that says ‘I am this feeling’. Remember you don’t have to change the feeling. Just watch it. Watching feelings can be just as interesting as watching thoughts, or watching people.  If you’re always in your feelings (as society today tends to encourage) you can’t feel them. It’s like eating a sandwich with too many toppings (which society also encourages!) all you end up with is a pile of gunk in your mouth.

‘It’s not as easy as it looks’ seems a perfectly rational assessment of any perceived difficulty. But it usually means we’re sifting for the problem, not the solution. If you’re listening to this advice all the time you could be buying into a cop-out. I’m sure doing brain surgery is ‘not as easy as it looks’ (although I didn’t think it looked particularly easy in the first place!) but it’s perfectly doable, and thousands of men and women do it every day. What script tells you that a thing must be easy before you should undertake it?

Another mantra is ‘tell it as it is’, or see people ‘as they are’. This is more nonsense masquerading as honesty. Because how do you really know ‘how it is’, or ‘how they are’?  Every perception you have is formed in your mind, and exists no place else. It has nothing to do with objective reality, if there is such a thing.

Repeat: Your perception of everything is uniquely yours, and exists nowhere in the entire universe except in your mind.

So how then can anyone ‘tell it as it is’, or define someone ‘as they are’, when ‘it is’ and ‘they are’ (whatever it is and whoever they are) exists only in their own universe and is probably a projection of their inner fears and neuroses in the first place?

Everyone knows behaviour follows thought, but they don’t realise that the reverse can also be true. That’s because the mind works in a sort of loop. So when we change the behaviour we can stymie the thought that gave birth to it. Example: when someone is tricked into doing a new routine, or taking up exercise (which no one seems to like!), what once daunted them now becomes their strength. More trust kicks in. Because of the unexpected pressure from outside new parts in their brain start firing, consequently their whole thought system changes. They now love the thing they would never have dreamed of doing before. I’ve seen this hundreds of times.

The uncanny thing is when we change one limiting belief others start to shift. Example: you decide to quit smoking, and suddenly you become conscious of your eating habits.

Edging towards more trust and less doubt in greater areas of our lives develops congruency of thought, as well as all-round good feelings and better health. By keeping an eye on feelings and thoughts, and especially unconscious behaviour, you will discover how much time you spend in trust or doubt. Then accept a few more challenges into your life and watch those glass ceilings collapse.

I'm off to Berlin for a couple of days next week. Will talk to you real soon. May have something to write about it, either here or on SOUNDINGS.

Return from trust and doubt to home page.