What do we mean by Spirituality ?
A new perspective
[part 3] 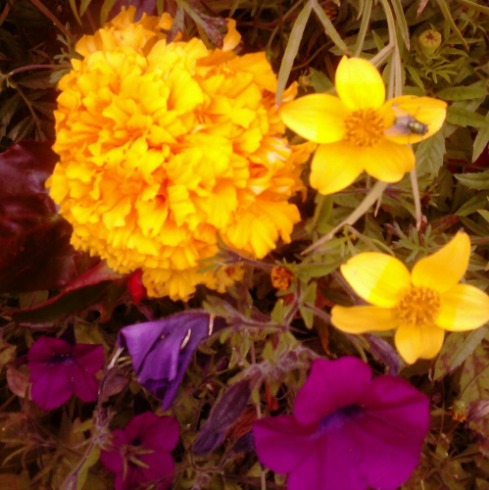 In the first part of What do we mean by Spirituality? we looked at the difference between religion and spirituality; religion being a form of dogma, a set of rules, while spirituality evokes the extended self, the breath, spiritus. Then in part 2 we discussed aspects of body and spirit, and saw the split between them as unhelpful and even artificial. This chasm can lead to putting ‘spirituality’ at a distance from ‘us’, forgetting that the two are the same, while at the same time employing that which reveals our truth to us as another device to hide it.


In computer language (known as HTML) they refer to two parts, the head/title and the body. Now the head, while never visible, is where the real programming is done, and the body is that part you see on your browser. Sorry if I’ve gone all geeky here, it’s just an example of the functional difference between spirit (head) and material (body), while at the same time showing their interdependence. A much better example comes from physicist David Bohm. Bohm viewed the universe through the holographic model, and talks about the unfolded, or transitory reality, and the enfolded, or permanent existence,


“. . . a greater reality exists beyond what we see and can touch, only it is concealed (enfolded). It is real, but invisible, and ungoverned by temporal or spatial laws. This greater reality can then appear in what seems to be fragmented parts as what we see all around us (unfolded). In this form it is illusory, but visible, and is subject to laws of time and space.”

from Birthing the New Consciousness, How Your Mind Creates Your Reality, by Eoin Meegan.


I discuss this in more depth, along with other metaphysical issues, in my book.

When we speak of spirituality we are really speaking of consciousness. But what is consciousness? It is an awareness in ourselves, of ourselves and of all that is around us. I think it was Jon Kabat-Zinn who coined the term ‘awaring’, which in my mind puts it beautifully. The more consciousness we have the more awareness we have.


We look out and suddenly we are aware of our environment, of our immediate surroundings. Here we learn how to get food, to hunt, to survive. We have reached the awareness of prey and predator.

This is the level of animal consciousness.


Now we push this out further. Our awareness embraces the other. Not as prey or predator any more but as that which has value in its own right, and offers to us something we don’t have ourselves. We learn to reason and to distinguish between freedom and boundaries. My freedom cannot impinge on yours (and vice versa). We develop concepts and intangibles, we learn abstracts. I respect you even if I do not understand you, and I respect myself accordingly. We enshrine laws to uphold this mutual accord, and systems to keep the laws in place.

We have reached the level of societal consciousness.


And so we expand further still. The brain, the world’s greatest computer, creates pylons and neuro-nets that hold together ideas. We translate these into cities that reach into the sky and bridges that span great rivers. These are forged into leviathan machines capable of harnessing the earth’s energy. We build engines that fly all over the world, and even into space, and devices that allow us to communicate globally in seconds.

And now we have reached cyber consciousness.


Still we push the mind out. We learn that mating is more than just slacking our sexual desire; we discover the beauty of love, of family, of togetherness.

This is now the consciousness of humanity.


And so it goes on until one day we look on a Turner painting and we know it’s not just the lake that the artist is showing us. There’s something beyond this physical reality, of which the physical is but a gateway to, which we are a part of. And we realise that our eyes aren’t just seeing the lake, but somehow they are creating it, bringing to it aspects of our own past, our idea of what ‘lake’ means, as well as what ‘we’ mean. And then as we penetrate deeper, we realise we do this with everything that arises in our vision, not only paintings, but the world itself. And having discovered real seeing we replace judgement with compassion, discord with understanding, and prejudice with love.

Our understanding grows into seeing the self for what it is, not separate from that upon which it turns its gaze, but one with all, and we realise to love the other is to love the self.

At this stage we have reached Christ consciousness.

I’m not really talking about evolution here, although that fits too, but evolution is seeing things as happening step by step, which is really linear thinking. Our perspective of evolution always comes from where we are now; it is a kind of looking back, looking down even. Did Neanderthal man know he was evolving – into you? Do you? And what are you evolving into? Are you sure that this movement upwards and outwards is really what’s happening? I see it more as a returning home. But the expanding model fits as well.

Throughout this growth, or expansion of consciousness it can sometimes appear as if movement is not just one way, but more like a scale where we move up and down. For example, in relationships when diplomacy fails we may temporarily revert back to the prey and predator consciousness. This is when we let our fear arise again. I see you as the enemy and I must protect myself. The ‘ego me’ must survive at all costs. This may be just something as apparently innocent as having an argument. Yet whenever we falter we are capable of rising again, rising to great heights. And each expansion, each awakening, leaves us changed, even if only in a slight way, until one day we find we need never fall asleep again.

So celebrate each awakening you have. Do not berate yourself for your temporary lapses. Accept that the body’s labouring is slow to reach its spirit home. Enlightenment rarely comes at a stroke.

The self is only what the mind thinks it is. Beyond that is the real you. And that you is entirely at peace, and at one with everything. That you doesn’t need anything, can never be harmed, can never be hurt and can never die. Reawakening to that is the thing we talk about when we refer to spirituality, and indeed consciousness.

So how do we do this?

Well, it cannot be taught, but it can be experienced. Sit with the breath, in stillness and simply realise you are one with everything and that everything is one with you. Do this every day. There is no set time, five minutes if that’s all you can spare. I promise you that you’ll see a change in your life.

You’re not on a path, you are the path and the end too.

You cannot not be spiritual. You are always part of your Higher Self, Greater Consciousness, God or whatever you call it. But you may not be aware of this. If we walk around with our eyes closed then it’s obvious we will fall over. It’s nothing to do with how ‘spiritual’ or not we are, it’s just that we’re not looking where we’re going. And it’s the same with consciousness. When we are in a state of unawareness bad stuff can seem to happen. I emphasise seem.

By opening to awareness we start to live from a different place. That’s why I started this website, and it’s why I write. Not because I want to make everyone think as I do, or believe what I believe (that would be religion), but because I know that in order to find the best in yourself – whatever that is – you first have to become aware; aware of yourself, of the world you’re in, of how you think, feel, react to things.

That’s awakening. And that’s really what we mean by spirituality.


William Blake, poet and mystic, whom we mentioned in part 2, not only understood the spiritual better than most, but also predicted much of modern physics when he wrote,

"To see a world in a grain of sand,
And a heaven in a wild flower,
Hold infinity in the palm of your hand,
And eternity in an hour".

Do this and you understand what it is to be spiritual.

What do we mean by Spirituality? (part 1)

What do we mean by Spirituality? (part 2)

I hope you liked it!

Return from what do we mean by spirituality (3) to home page.