Kundalini awakening teaches that we hide our power in the one place we would never think to look for it, in our body. Then when the time is right, and not before, this power awakens and starts us on the journey to the meta-physical, to a place beyond the body.

So what exactly is a Kundalini awakening? 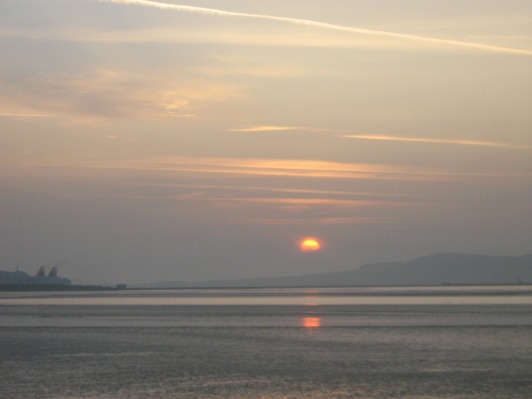 Kundalini is said to be our core energy that lies at the base of the spine, and remains dormant until it is time for it to awaken.  The most common (although not the only) way to experience the kundalini is a tingling feeling in the pelvic area, which gradually rises up until it enters the crown. It is also known as the serpent, coiled at the bottom of the spine, dormant until the soul wishes to advance. Some describe it as a great transfusion of energy and Divine Love pouring into the body - through the crown - rather than rising from the spine.

For many people a kundalini awakening happens spontaneously. And this can be a problem, triggering off all kinds of uncalled for physical and mental ailments. I have written a special ebook which deals with this subject.

So if you’ve experienced this problem rest assured it can be addressed.

The term ‘opening’ the kundalini is where someone sets about deliberately or consciously to awaken this dormant power, or sleeping serpent.  There are ancient yogic practices which help facilitate this, which we will touch on briefly here.  You do not have to be a great Yogi, meditating for years and years to have a kundalini awakening.  Many ordinary people have had one, indeed many have had a spontaneous kundalini awakening.   I knew a guy once who had such an awakening in a pub (seriously! I mean that!)

Here are some techniques which may help with opening the kundalini. However, they come with a health warning!

Do not attempt this work on your own.

Get an experienced and reputable kundalini teacher in your area and work with them.

Opening the kundalini on your own can be dangerous.

This is probably the most common way. Sit with the spine straight and breathe deeply into the belly. And as you do picture the breath going all the way down to the pit of your stomach, then turning around and coming back up along your spine. Exhale slowly as you picture it coming up the spine. It is said that by pulling the breath up the spine you help raise the kundalini. Some people breathe into each of the chakras in turn, if you do breathe into all seven (one cycle). You can do as many rounds as you like, just complete a ‘cycle’. Deep abdominal breathing is beneficial on many different levels even if you’re not doing kundalini work.

I have discussed this form of breathwork here and it’s specifically associated with rebirthing. Now I know I’m biased, because this is my favourite type of breath work, but a master of kundalini would probably not recommend this technique. Just remember this is upper chest breathing, you do not breathe into the stomach.

Another form of nasal breathing similar to the above is called Ananda Mandala. Here you breathe deeply and rapidly through the nose. The pace quickens, then stops and starts again. I love this technique as it is like a mini rebirth.

Breath of fire (or Dragon’s breath)

This is another variation of the previous two. Again, it’s rapid breathing through the nose. But whereas Ananda Mandala inhales deeply, the breath of fire is shallow. It’s almost a kind of very rapid sniffing. The movement comes from the middle chest, and must never go down into the abdomen. As you continue gradually quicken the breath.

Any meditation can be a means of opening the kundalini. Therefore, it is important to keep the spine erect, but it doesn’t mean you have to be in the lotus position or get yourself into contortions. Sitting on a chair will do fine, just remember to keep your feet flat on the floor and do not cross your arms. Allow the energy to flow freely. Also ensure you’re warm and well wrapped up as the body temperature drops during meditation. Many yogis talk of experiencing an elongation of the spine after a kundalini awakening. It’s interesting that some who do Pilates speak of a similar phenomenon, perhaps the breathing required to build the “girdle of steel” spoken of in Pilates awakens kundalini too.

These can range from spasms, muscles twitching, tingly feelings, racing heart beat, increased energy followed by depletion of same, a feeling of pressure on the head, numbness, confusion, temporarily forgetting one’s name, inability to concentrate, heightened states of awareness, feelings of bliss, psychic abilities, hot and cold flushes, lower back pain, and intensified or diminished sexual desire. But this is very general. Nothing is prescriptive. In fact you may not experience any of them (and if you’re concerned have your GP check you out!)

A very good symptom is feeling intense love for others and a deep sense of connectedness to all things. I had that experience a few times. I remember sitting in the armchair one night almost till dawn with this intense feeling of connectedness to everything. The only way I can describe it is that it felt like there was no place where I ended and where the furniture began. It was one of the most beautiful states I've ever been in.

In some strands of tantric yoga sex is used to open the kundalini and achieve states of divine bliss. Indeed, a kundalini awakening is often a form of sexual awakening. The symptoms of a kundalini awakening (see above) are not dissimilar to the first time we experience sexual awakening (hot flushes, etc.) The sexual energy is also located in the same area (preservation in the first chakra, emotional in the second). Using sex to open the kundalini involves building up sexual energy, then delaying orgasm until you’ve reached a critical moment. The result is to experience a transcendence that destroys the ego.

This happens in normal sexual intimacy to a lesser degree. There is a time during sexual intercourse when we appear to experience a loss of self, at some point my partner and I become one, it’s like there is no separation between us, we are no longer two bodies, but one. However, this will usually last only the briefest spell. Immediately after orgasm there is the split second of awareness, what the French call, la petite mort, and then you begin to notice the self or ego start to build up again.

You experience this in a small way every morning as you waken. As you do just watch, and see the 'reality' of your world slowly build up until you’re ‘there’ again. Watch yourself do this as you awaken each morning, watch ‘you’ become ‘you’ again. It’s fascinating.

The difference in tantric kundalini is that they do it consciously. Here sexual union is pressed into the service of awakening to higher states of consciousness, where awakening replaces pleasure as the primary reason for intercourse. The movement is from the one to the plural, back to the one. It goes from me to us, (or extended me) which is normal sexual intimacy. Then from this us back into a one. Only now it’s no longer the one of the single individual but rather a Oneness or union with God.

Remember, kundalini is not the only way to awaken. There are many other, less traumatic, paths. See the Consciousness Series.

As I said earlier a spontaneous awakening of the kundalini is not uncommon. But I’m sure if the person doesn’t know what’s going on it can be quite frightening. Therefore, I stress again DO NOT DO THIS WORK ON YOUR OWN.

Return from kundalini awakening to the home page.