the woman who didn’t believe in the law of attraction

Today everyone is seeking happiness and to live the life of their dreams. But we need to be careful. Here is a story that illustrates that.

There was once a woman who lived in a remote land, on a mountain side some distance from the nearest town. Her name was Neria. Neria had become estranged from her family many years earlier, yet there was one sister she was very fond of although time and space had separated them. As there were very few living on the mountain Neria didn’t have any friends or much opportunity for social interaction. And so she often felt lonely and sad. However, Neria had an artistic flair and would make many beautiful little arts and crafts.   Often she wished that things would change and good things would come to her.

All the time she sought ways to improve her life as best she could, even going on the internet and looking up self improvement courses and the like. She practiced visualisation and pictured herself receiving a lot of money. She also yearned for love and hoped it would come into her life. 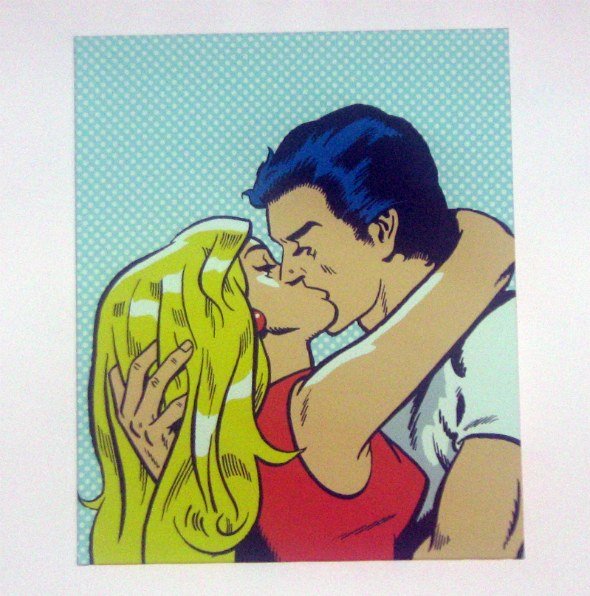 Then one night a storm appeared to be rising, and as Neria was preparing for bed suddenly there was great commotion outside. Her front gate was thrown open and she heard loud voices in the yard. Next thing there was a loud banging on the door.

Although very frightened Neria looked out through the window. There was a large, burly man, somewhat uncouth of gait and looking a bit frightening in the yard. Neria didn’t like the look of the man at all. Then she recognised a few other people from the town. Reluctantly she opened her door.

‘Miss’, he called, ‘we have instructions to bring people off the mountain and down to the town on account of the impending storm’.

But Neria frankly refused to go. In fact she was quite outraged.

‘How dare you come here and frighten people at this hour of the night, you have broken my little gate, go away, I didn’t invite you in’.

The man tried to reason with her but Neria held her ground.

‘This is my home and I am not leaving it. Besides it’s too hazardous to go down the mountain at this hour.’

She adamantly refused to leave and the party was about to give up when suddenly the man remembered something.

‘There is one more thing,’ he said, ‘your sister has recently moved into our town. She and her husband have just bought a house here and she sent this message with us, being unable to get to you herself. She wants you to come down and live with her.’

Now as soon as the man said these words everything changed. Neria was filled with joy. She had lost touch with her sister for so long and didn’t even have a contact address for her. Now she had a chance to be reunited. This was really good news indeed.

And so without a single thought Neria threw a few things together and went with the rough party, not afraid of the perilous journey down the mountain anymore.

And so Neria was reunited with her sister and they were both very happy, and she continued to live with her even after the danger had passed.

Neria began to sell some of her crafts in the town, and as word spread as to how good she was people even came from further afield. Soon she became something of a celebrity, and became quite wealthy in the process. Also she made many friends in the town and loved taking part in various activities and social outings. Then in her spare time she would organise charity events to help those less well off.   Now Neria had no time to be lonely. Indeed so transformed was her life that looking back she often wondered why she ever wanted to stay on the mountain, and what was the source of her fear.

And, the last I heard Neria and a certain gentleman in the town had become quite friendly, there’s even talk of romance in the air.

Neria is typical of so many people today. They seek a better life. And they believe in this thing called the law of attraction. But the problem is most people don’t understand what they think they believe in.

You see, when we ask, and our asking comes from a sincere place we will always get an answer.

But the way our good shows up is never the way we expect it.

In this way many people sabotage their own efforts by not recognising when their prayer is answered, simply because they don’t like the package it comes in.

Neria had all her prayers answered. But she almost missed out on happiness. She set her intention, but then didn’t even recognise it when it showed up. Then she proceeded to attack it, accusing her own creation of invading her space. She was stubborn when she should have been flexible. And she nearly allowed fear – making the journey down the mountain – to keep her rooted in despair.

It was love that saved Neria in the end. Because she loved her sister she was not prepared to pass up the chance to see her. And so Neria’s world changed.  Then in looking back she could not  understand how foolish she had been, seeing danger where there was none, or fear where it did not exist.

Only when she accepted change did Neria become rich, and it came about through her own talents, not arriving magically on her doorstep. The same with love and all the other things.

Sometimes our good can come to us like a thief in the night, breaking down the door and forcing us to wake up.

Ask for what you truly want in life. And know that it will turn up. Just don’t expect it to come all wrapped up in tinsel paper and tied with a silk bow. It may come with a rough exterior.