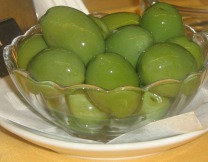 Do we live in a subjective universe? Yes and no. We need to be careful here. This is ego-mind territory. The ego-mind would like nothing better than you to think you’re in charge of everything. Making you believe you’re in charge is part of its agenda.


Subjective reality means reality arises from the subject (presumably you), objective reality from something outside you. Actually, they’re both illusions. Subjective reality is solipsism by the back door. Solipsism derives from two Latin words, solus (alone) and ipse (self), and basically means the self is all.


In truth it is awareness, or consciousness that is all.


It’s not you (John Doe) that’s creating this. Rather the awareness that is the consciousness that holds John Doe (and everything else) in place is.

Total subjectivity implies that nothing exists only your mind. This is not quite true. You are in fact part of something greater than you, although this ‘something’ is you too. I know this can be tricky to get your head around. Think of it as the opposite of the ego-mind. It’s also the thing that will get you out of the ego-mind.


It’s been called by innumerable names down the ages.


I choose to call it Love.


The error arises because we see and filter reality at a certain level and we think that’s how it is.


For example. Do you see everything in terms of struggle and competition? You bargain hard for what you get, and then you jealously guard that. When we believe something is hard that’s what we encounter. If you believe life is a struggle you do so because somewhere along the way that was your experience. And you accustomed your mind to react to things that way. Acknowledge that. Don’t make it wrong or push it away. Use it, as others have, to overcome challenges in your life. Your belief in struggle is actually a strength, not a weakness, as many think.


The thing to realise is that you are consciousness itself.


It’s really important you grasp this. You’re neither at the whim of something out there, nor are you the centre of the universe, but you are everything. I know this can be difficult to get a purchase on that’s why I genuinely believe some kind of practice, such as meditation is not only beneficial, but necessary. Because it’s not the intellectual part of you that needs to understand this, it’s your entire being.


And that takes us to belief

In a sense we become, or grow into what we believe. You have a belief about money. You have another belief about love. Both these stem from a deeper belief, about need, that is expressed as scarcity or excess. The first tells me I’m going to run out (of time, money, love), there is lack. The second that only more will suffice, that enough is not enough. We live out our lives pulled between these two.


A lot of what’s written about belief today is geared towards getting stuff, or ‘manifesting’ to use the current buzz word. Sometimes one gets the impression the Universe is just a big giant ATM machine whose sole reason for existence is to make sure we get our quota of ‘stuff’. Put in your request and get instant gratification.


But this really misses the point. It fails to understand our divine nature, as well as treating the universe as some kind of commodity. And of course, underpinning this again is need.


Jesus said, ‘first ye seek the kingdom and then all other things will be given to you’.


(He also said ‘the kingdom is within you’ so we’re not talking about religion here. Jesus’ words have been hijacked by the ego-mind, and by religion, and used in a way they were not intended, to keep the truth from you!)


And that's it in a nutshell: First you need to get clear on what you are (total consciousness or awareness), then everything else falls into place. And of course this doesn’t preclude material things, or asking for them even.


Just so as you’re clear.


You can have a yacht if you want. Because once you know what you are then the yacht isn’t important. Having it doesn’t add to you; not having it doesn’t leave you impoverished.

You are the future

Do you know how the world will look in five, ten years time? I don’t. But I know that it’s being shaped right now by our collective consciousness. That means if people continue with gross, fear-based thoughts then it will be a pretty miserable place. For it to be paradise (the return of the Kali Yuga) a huge shift will have to take place in our thought processes. Big world stuff. Now, of course you’re never responsible for how other people chose to use their mind, but neither should you live in a bubble. See the divinity in those around you, the holiness in them; and without trying to take from it, or add to it, engage with that divinity.

That allows others to raise their consciousness too, without you forcing it or ‘doing’ anything.


The God mind or ‘Consciousness’ knows nothing about need because it doesn’t engage in this dialogue. God Consciousness completes us, and being completed, we need nothing added on.


So just what is belief?


That’s what we’ll look at in the next instalment.

Return from subjective and objective reality to home page.