How I Discovered Rebirthing:
a somewhat amusing tale! 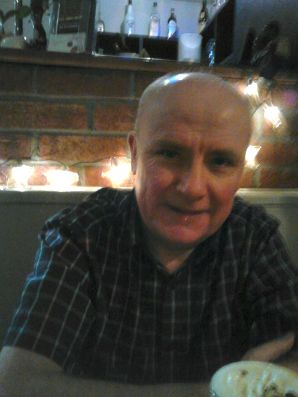 They say you have to believe in something for it to work, but honestly, I was always sceptical approaching the things that turned out to be, for me, life-changing. Reiki is one example. Rebirthing another.

Although it’s been around for years rebirthing never came into my field of consciousness until about 2005/6.

At that time I took up a course on prosperity which happened to include an introduction to rebirthing breathwork.

Now, I hadn’t a clue what this was at the time, and as I was the only guy in the class the thought actually crossed my mind that it might be some kind of prenatal thingie (the name, rebirthing, get it?)

I even contemplated whether the evening might be more profitably spent in one of the local hostelries!

But hell! I decided to give it a go.

Thinking, this is going to be weird!

Now, let me tell you what happened that night knocked me to the floor! (actually I was already on the floor, but you get my drift).

It was just the most amazing sensory/spiritual experience I’ve ever had. I thought, hold on, something’s up here. I definitely want more of this!

As I started breathing I felt this incredible connection with everything. How can I describe it? It felt as if a great force was lifting me off the floor, pulling me towards the ceiling, out of my body. Weird but not really scary.

Ok it was a bit scary, but nice scary, if you know what I mean.

At one point I thought I was going to die (honestly), but death held no terror, only a wonderful encounter with something loving and good and pure. There was a lot of divine energy in the room that night.

Afterwards I felt really spaced out, like punch drunk, but amazingly good at the same time. I remember the others in the class were a bit taken aback at me, so maybe my experience was unusual. For me it was a personal epiphany. I knew I had to explore more. I did. I had many amazing rebirthing sessions subsequently (not all as mind-blowing obviously) and from there went on to train to be a Rebirther.

Breathwork isn’t just some passing fad. Its tenets are to be found in the structure of psychological theory, especially, in my opinion, the work of Otto Rank. In Das Trauma der Geburt (1924)[i]

Rank explored the subject of separation anxiety through the lens of such diverse topics as myth, art and religion. More pointedly he did so in a pre-Oedipal context, thus freeing it from the constraints of orthodox Freudian psychoanalytical theory. Freud reduced everything to sex. Rank’s hugely important work prefigures the entire discourse of trauma in the twentieth century, which of course includes the basic theory underpinning conscious connected breathing. He discusses the notion of ‘unlearning’ and its centrality in creativity, as well as the continuous interplay between the desire for separation and the desire for oneness. Perhaps he could be said to be the real father of rebirthing breathwork.

[i]English translation, The Trauma of Birth (1929)

Also in this series:

Return from how I discovered rebirthing to home page.