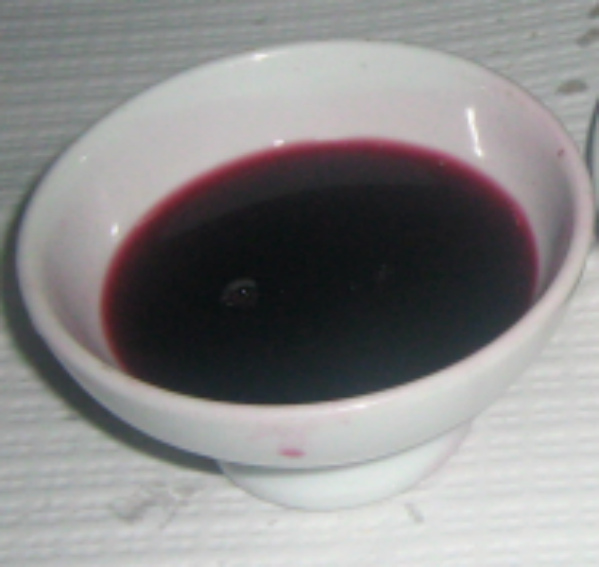 To be awake is to be aware. This actually requires you have knowledge. That you become educated about yourself. Today we’re going to talk a bit about knowledge.


When we sit down and think about it knowledge is the key to everything. Here is a little story that illustrates that point. Two men are in prison, they are told they will remain there till they die. They are in different cells adjoining each other. Then one day one of the prisoners overhears the warden say where a spare key to the cells is hidden. Next day when he’s out exercising the prisoner gets this key, with which he unlocks his cell and walks out of the prison to freedom. The other prisoner remained inside until he died. What was the difference between the two? Only one thing – knowledge – in this case where the key to freedom lay. Knowledge is what gives you freedom or keeps you in bondage.


The important factor here was the knowing. The events that lead to the prisoner discovering the key are minor. And this is an important point. Sometimes we give undue deference to the means. That can be a costly mistake. You will find there are countless means to get the things you want, but they all stem from the one Source. However, if you make one important, chances are you’ll blind yourself to the many other opportunities that lie in your path. If the prisoner had decided the only way to escape was to dig a tunnel, he would have been so busy trying to procure digging implements that most likely he wouldn’t have overheard the jailers talk. And, in all likelihood would have remained in jail.

So what is knowledge?

Firstly by knowledge we do not speak only of facts, about the outward appearance of things. Facts are not the same as knowing. That’s just information. Real knowledge is sensing that there is something more happening than what we see around us.


One of the greatest philosophers of all time proposed that everything in the visible world had a perfect or ‘ideal’ prototype in the invisible world. This didn’t just apply to things, but to abstracts as well. For example, somewhere out there in the ethereal void was the perfect ideal of Justice, Love, Truth, Beauty, and so on. And the reason injustice exists is because we look upon an inferior and contaminated version, whereas true justice, if we could see her, would look like a radiant princess, and no wrong could take place in her realm. This philosopher was Plato. And his theory is the famous theory of the Forms.


Plato lived between 427-347 BCE, a very exciting time when many new ideas were beginning to take hold in Greece. The idea of the Forms may seem somewhat archaic now, but it still has a lot of relevancy. For today, science can show us that what appears to be solid is in fact billions of photons or light vibrating at a certain frequency, and that the building block of all things, the atom, is comprised almost entirely of nothing.


So, there is an invisible component to life that we simply cannot ignore.


Everything is the result of an idea. Take any of the great buildings of the world, the Taj Mahal, the Empire State, St. Paul’s; they all began as an idea in someone’s head. The idea was then turned into a blueprint, and from that builders were able to construct the outer form. Same with literature: classics such as Great Expectations, Little Women, Jane Eyre. Or art: the Persistence of Memory, Girl with the Pearl Earring, Picasso’s, Guernica. Or music: the symphonies of Mahler, Beethoven, and Brahms, and the compositions of Django Reinhardt, all began as ideas in someone’s head. Today they are “things” in the world.

Plato spoke of two kinds of knowledge, opinion and truth.


The first (doxa) is just information, the facts of the case, this includes opinion. The second (episteme) is real truth. What we call here on the uss awakening.


Doxa comes from a Greek verb doxazein, meaning that which appears to be real, but isn’t, or, what seems to the eye to be genuine but is in fact delusory. So we see Plato’s thinking is not dissimilar to the core thesis of the consciousness series, although he comes at it from a slightly different angle.


Now Plato, and his mentor Socrates claimed that episteme is an inalienable part of every human being. It is something we are born with, although we’ve forgotten this, buried as it is behind a wall of deceit (again, a common thread in this series). Therefore, in the strictest sense episteme could not be taught, it had to be elicited. This was carried out by a series of probing questions (I compare it to life coaching!) that became known as the ‘Socratic method’. In his day Socrates was likened to a midwife. Of course what Socrates helped to birth into existence was truth. (And, hands up, I admit this is where I got the title of my ebook Birthing the New Consciousness, which covers all this material in more detail).


Socrates famously said, ‘the only think I know is that I know nothing’. When we think about it, what do we know? We all know stuff, but stuff changes. Or, I may think I know you but how can I? No one can really know another. The best one can do is ‘know thyself’, and even then, I’d ask ‘what is this thing called self?’

Many arguments. Many questions.

Therefore, isn’t the truly wise man or woman the one who knows that they know nothing, that essentially there’s nothing to know?


Knowledge can take on many forms. Our education for one (I’m not limiting this to time spent at school). All experience is education by another name. Life experience, travel, interactions with others, are all means of education, and by extension knowledge.


Knowledge simply is remembering, and so is awakening. Remembering again that we gave permission to this other part of us, what we’re calling the ego-mind, to run the show.


Once we remember who we truly are – and awakening is only the process towards that – then the show’s up for the ego-mind. The illusionist’s tricks are all laid bare. That is why the ego-mind will try to prevent you from remembering. It will do this by distracting you. Trust me the ego-mind is very good at that.

So how do we begin to remember?

Be conscious that you are consciousness, and that you have delegated part of your life to another part of you. Now it’s time to take it back.


You become conscious when you start to listen to you inner self, or higher self. You then begin to uncover the real knowledge, or the episteme of all things. And the way to start is by cultivating inner stillness. Perhaps then you will reach a place beyond the ego-mind, a place of unperturbed peace, surpassing all care. If you do it’s a place Plato would have been familiar with. He called it ataraxia.


Your awakening was never in doubt.


From knowledge we harvest thoughts, and these form belief systems. We will look at these next time.

Return from knowledge to home page.