The Doing of Non-Doing 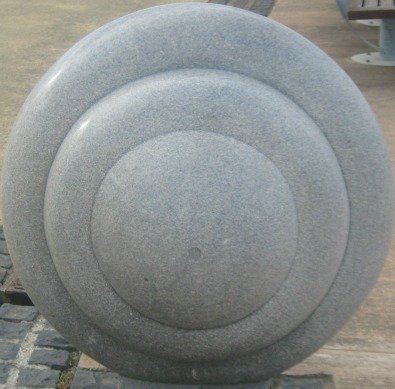 ‘you need to remember you need do nothing’ (ACIM)

Doing and non-doing? Talked the last time about how we’re always ‘doing’, how it’s important that we keep busy. What was that about you may ask?

To talk about non doing or not doing may sound a bit strange but only because we’ve become accustomed to thinking in terms of doing. It’s almost if we’re not active we’re not alive. That’s a cultural thing, and it’s important to note that it’s more prominent in some societies than others.

We get caught up in what I call the busy mind,  ‘It’s absolutely vital I get this done,’ ‘I wish I had more time’.  The opposite seems to be to engage in some prolonged naval gazing.  However, between these two polarities is a third way, what has sometimes been described as the doing of non-doing.

Well, it could be said to ‘doing’ only with awareness.

It’s quite impossible to do anything

There are times when it appears that we have to be engaged in a particular activity (I emphasise appears). Things need doing and they seem important at the time. But all things pass, so have we really ‘done’ anything?  Like, if you died today would that thing that's so important get done? Maybe. Maybe not.

There’s a line from a John Lennon song that goes,

"nothing you can do that can’t be done".

Really sums it up.

Think for a moment of some of the things you did today:

dashed to work maybe skipping breakfast, felt a lot of anxiety about an urgent phone call, met a friend for lunch, checked out of the office early to beat the evening traffic.

All of these actions served a purpose:

the morning dash was not to be late for work, the phone call to clinch that important deal that could mean a pay rise, the lunch date was to console someone who had a recent bereavement, the early exit home so as to catch your favourite television program.

Notice all of the ‘doings’ serve a need; functional, financial, humanitarian, recreational.

Sometimes our busyness can erect obstacles to the natural flow of our innate creativity. This can happen if we think we’re the source of our own actions, of our creations, of our own doings. We actually fall into the trap of believing we created ourselves. What do I mean by that? Well, I’m not so much talking about the body as the self.  Every conception we have of ourselves is around identity; this is my name, my job, my family,  my this, my that. That’s mine leave it alone.

‘A concept of the self is made by you. It bears no likeness to yourself at all. It is an idol, made to take the place of your reality as son of God’. (A Course In Miracles)

So who is this me? It can’t be the body (otherwise to lose any part of it would mean you’d cease to exist), neither is it the thoughts going round in your head.  And a name is just something you were given at birth. Your essential self is SPIRIT, but all this ‘me-ing’ gets in the way. This is what creates an identity of isolation, of protection, of separation. I can be me if I choose, but I can only be me as a part, I cannot be me and be whole.

I can only be me apart.

That’s really what I’m getting at by non-doing. I’m talking about the false self we have created for ourselves that we cloak the real self in. All our busy doing is about keeping this imposter in place. It’s not that doing stuff is wrong, to argue thus would be nonsensical, it’s more allowing yourself to come to a realisation that there is no "doing" in the first place.

The more we can let go of this self every day the better we are.

It’s quite impossible to do nothing

On the surface non-doing sounds like a lazy man’s guide to enlightenment. However, this is not quite the case either. First of all non-doing is not the same as doing nothing. Actually, to do nothing is impossible.  Even when you’re asleep your heart’s still beating, and your mind’s still working, activity is still taking place. Neither are we talking here about sitting around all day doing sod all.

It’s more a process of unlearning everything you’ve been taught since you were born, the way you think, the way you do things. Take walking for example: have you ever considered how you do this? Do you walk in a shuffling hurried way like you must get somewhere quickly?  Or maybe you walk slowly and hesitantly. Today mentally observe how you walk. And then maybe allow yourself to replace that with softer, gentler steps. Try walking as if it were on a carpet of soft feathers, or on a cloud, like it was no effort at all. When we apply effort we are doing.  When we walk without doing we’re walking with God.

When you come to a place in yourself that realises all the actions, however important, will be done in time, and the "shoulds", the "musts", the "have-tos" are just not that important, then you simply hold yourself in peace, and all doing ceases to be a concern because there’s nothing to be done.

At that point you’re doing the non-doing of doing.

Return from the doing of non-doing to home page.