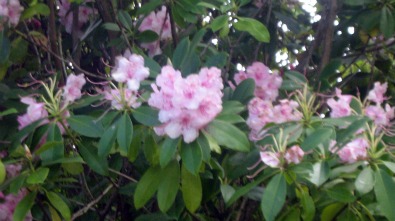 I now receive my good from expected and unexpected sources.

I am blessed beyond my fondest dreams.

First a word about beliefs and how they work.


No need to visualise, no need to say an incantation, no need to consult the tealeaves. You just know these things work. Why? Because they always have.


In very simple terms belief happens when we expect something to work. That’s really all there is too it. You look forward to something, you anticipate it, you prepare for it, and it happens. And you can apply this to any new item you want to create in your life. Simply build on a past experience you have of an event.


In short, expectation means you’re confident of an outcome.


Expectation works in stages, and sometimes needs to be built up. For example, if you want to make a million dollars but hadn’t done so before it’s better to start with a smaller sum, say 20,000, then work up to 100,000 and so on. With each success your confidence and expectation that you can achieve it grows; you have legs under you.


Now a word of warning about specifics. Of course sometimes we need to address specific needs. If you are ill you need to get better. If your home is run down you may need a new one. But by focusing entirely on specific things you can actually create limit.


How? Because your higher self may have something better in line for you.

So, I had a strong expectation and it didn’t show up. How did that happen?

Ok, now not everything turns out the way we’re expecting it to. And the explanation for this may be that we had another, contrary expectation, which was stronger.


Example. You’re meeting Dan for lunch but you know he’s notorious for being late or even not turning up at all. So are you expecting him to show up on time? Maybe. You’re half and half. And that’s how our minds work. We usually have two opposing currents of thought running at the same time. (Which may explain why our results are often hit and miss.)


You see the element of surprise, which contains just the tiniest suggestion that failure is possible, if not likely, is not only necessary but part of the fabric of our belief system.

Life would be very boring if we could predict every outcome. We need the element of surprise.


You probably heard much said about detachment in this area. I think there’s a bit too much made about detachment. It’s like, I want to bring this thing about (expectation) but I also have to pretend I don’t want it (detachment).


There’s an old saying that a watched pot never boils. Detachment is simply not watching the pot. That’s all.


So, then, we can summarise belief thus: Hold an expectation of an outcome, don’t get hung up on the specifics, and don’t watch the pot boiling.

There you have it. The formula for belief, if you like. And it’s been around for years.


But is this relevant, you say, to the subject at hand, higher consciousness?


Yes. You see believing in yourself and in your higher self – that you are more than just this physical entity – along with expecting change, is absolutely vital here. When you embrace higher consciousness everything will change.

To move beyond your present level of consciousness you must believe certain things about yourself, and stop believing others. Up until now you believed what the ego-mind wanted you to believe. Now it’s time to change. Try not to get hung up on how spiritual you are either, that can be another trick. You are the one who’s awake, but you’re not the one who awoke you. That came from much higher up.


Expectation comes from habit, from what is familiar, but trust is a little different, it bumps expectation up a level. When you enter the realm of higher consciousness you don’t have a register in the past, you don’t have legs, as it were. That notwithstanding, if you trust you will be looked after. Learn to tap into something greater than yourself and then you will find all the help you need. Your expectation now is to expect life to look after you. Take that step into the unknown.

Now, forget about higher consciousness for a moment, and try this!

Expect really good things to happen to you. Expect to be lucky, and you will. Then, when good things start happening take note of them, register them, keep a gratitude diary or some concrete way of recording them. This way you build a foundation under you. Make like it’s a game you’re playing, the more luck and good things you ‘collect’, the more will show up in your life.


And don’t just expect good things for yourself. Expect it for others too. This is very important because what you intend for others has a way of rebounding on you. It’s the law of ‘do unto others’ really. See an end to war and hunger and see peace in the world. See good things happen to your friends, see them prosper.


And then watch the change.


We’ll take this to a new level next time.

Return from belief and expectation to the home page.