a little peculiar thing about
A u t i s m

Today I want to talk about autism. My reason is to underscore an unusual feature of this condition which, to my knowing anyway, has gone so far unnoticed.

Autism is a spectrum disorder, which means it varies in degree and severity along a scale. It’s a behavioural anomaly, not a neurodegenerative disease and can be detected as early as 12 to 18 months. It responds well to intervention, especially if detected early. 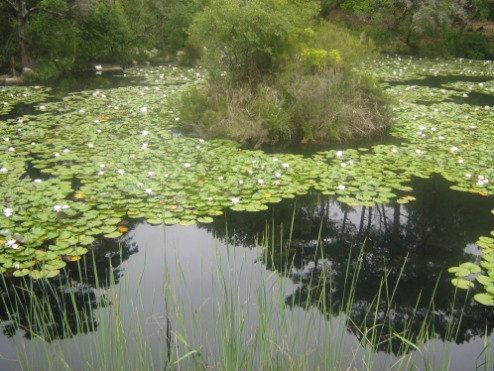 Characteristics of autism are wide and varied:

extreme withdrawal, poor communication skills including non-verbal communication, hypersensitivity to sound, self-absorption, physical clumsiness, and sometimes violent tantrums.  In children sometimes there is a need for sameness and to be around familiar people. In adulthood the sufferer may have difficulty with relationships, be given to inappropriate remarks and monosyllabic responses. Often they show an intense absorption in a special interest.

There is also the well-documented compulsion to put things in a row (I distinctly remember doing this); toys, for instance, and even household items. As a child I myself displayed very clear signs of autism, more probably the somewhat milder Asperger’s Syndrome (AS).

Theory of mind is the ability to think about what other people are thinking, and infer actions accordingly. The part of the brain that is most active when we’re doing this is the temporo-parietal junction (see Saxe.) In some autistics this ability is either poorly developed or entirely absent, especially in early years, thus leading to a failure to empathise broadly.

Autism seems to have a gender bias, favouring males. This has given rise to the interesting, if somewhat controversial, theory hypothesised by Professor Simon Baron-Cohen that autism is an extreme form of the male brain.

The theory is based partly on the premise that higher than normal levels of testosterone in the amniotic fluid may be an indicator of certain types of exaggerated male behaviour and social dysfunction.

It comes down to an exaggeration of normal preferred male and female traits.  For example, the tendency to look for systems in things and their underlying order is seen as a male characteristic. Now in the case of severe autism this tendency is pronounced. The child is trying to make sense of its world in its own way (hence putting items in a row), and there’s nothing abnormal about it really.

This is called a hyper-systemizing brain.

So the next question for us must be, what would a hyper-empathizing brain look like?

Someone with an extreme tendency towards loving kindness? A Buddha brain? Sounds fascinating!

Perhaps, less optimistically, someone who sees other people’s view point to such a degree that they almost lose their own identity.

Apparently not so, because in pursuing this line of enquiry Rebecca Bligh believes she has found just such a type in one Temple Grandin.

You see, Temple Grandin, as well as being the hyper-empathizing type (she has done huge work in the area of animal welfare), also has a highly developed systematized brain. In fact she seems to be living proof that perhaps the two aren’t so much extreme ends of a spectrum, as a fusion. She is Professor of Animal Science at Colorado State University, has designed livestock handling equipment, and created humane abattoir systems.

She is also severely autistic.

Not your typical tree hugger!

Dr. Grandin is undoubtedly a complex character. She is the author of several books, including her latest, The Way I see it: A Personal Look at Autism and Asperger’s. She was the subject of the semi-biographical film, Temple Grandin, staring Claire Danes, several tv shows, including an Horizon documentary, ‘The Woman Who Thinks Like A Cow’, owing to her work on animal welfare, and ‘Beautiful Minds: A Voyage into the Brain’. She is also the subject of the book  An Anthropologist on Mars by Oliver Sacks (1995), the title which came from how Temple describes the way she feels around neurotypical people (that’s someone not on the autism spectrum). She was listed in the Time 100 list of most influential people in the world (2010).

And she invented the Hug Machine!

Here we have something rare and beautiful, the perfect combination of the systemizing and empathizing brain. And when it exists in Dr. Grandin I’m sure it exists in thousands of others.

We saw the role the parietal lobes play in theory of mind, which some autistics may be deficient in. Now, there’s something interesting about this part of the brain. It is the region where we have our sense of ‘self’ in relation to things, and to space and time, in other words, where you have the experience of there being a ‘you’, and an ‘other’.  But the strange thing is people who practice mindfulness, or some form of loving kindness, often show lower levels of activity in the parietal lobes. Correspondingly, their acute sense of separation, or of an ‘other’ seems to diminish.

On the spiritual front, if someone has high levels of activity here they probably experience God as outside, or separate from them. The experience can be one of a loving God or a malevolent one, it makes no difference. On the other hand, low levels of activity in the parietals means you are capable of feeling God as an expanded part of you. People who pray ‘to a God’, however sincerely, may experience the former, whereas those who meditate are more likely to veer towards the latter.  fMRI scans on the brains of Buddhist monks and Franciscan nuns who had spent long hours in meditation and contemplation found very low activity in the Parietal lobes (see Newberg.)

Of course the context is different, I understand that. But isn’t it curious that those with autism are born with a brain configured in a way not dissimilar to someone with awareness?  The world can be a scary place to people with autism. Their condition may be innate, but the communication and socialisation difficulties they encounter are aggravated by the expectation that we place on them, i.e. to experience the world in the same way as “normal” people do. As a child I always ‘knew’ the world wasn’t the way people said it was (turned out I was right!)

And, you know, in their own way, although obviously there’s a whole different dynamic at play, those monks and nuns are also withdrawing into themselves!

Of course the condition of Autism Spectrum Disorder is widely complex, and there’s more to it than just this feature. But maybe what we call abnormal may be nothing but our own prejudices when confronting a situation we don’t fully understand.

Which is why I am always wary of any talk of a cure for autism. I am in favour of neurodiversity all the way. Autism, schizophrenia, bipolar disorder, and such like are variations in the genome only and don’t mean there’s something wrong with you. And while we should certainly look for ways to help people with these conditions, to suggest we need to cure them is both misleading and arrogant. After all, both Albert Einstein and Steve Jobs were said to be AS.

In autism, as in those other ‘disorders’, we find not an obstacle, but a gift.

Return from Autism to the home page.