My Personal Journey in Reiki

I don’t mean to speak of awakening, healing, and such like  as some kind of road to Damascus, hit by lightening and, wham! instant illumination. Awakening is rarely like that. It is more of a personal thing. For me there were pivotal moments in my life, pulses, if you like, where an awakening took place, which led, gradually, to further illimination.

One of those pulses was my encounter with Reiki.

This happened in the spring of 2003. At the time my head was in a kind of a weird place. I was out of a job, out of sorts, and not sure what to do with my life. 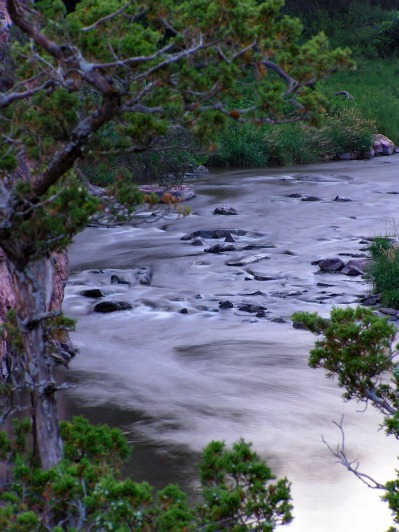 Around this time I saw an ad in a paper about a talk in a nearby hotel on Reiki, given by a lady named Angela Gorman.

I decided out of curiosity to go along.

After the talk we were given a mini chair treatment (probably about five minutes) and even here I definitely knew something had happened. I felt ‘different’ but I wasn’t able to put my finger on what it was.

Anyway, long story short I decided to take the plunge and do a Reiki 1 workshop.

I have to say I approached it with a mixture of interest and scepticism (probably more scepticism!) but I needn’t have any fears. It’s probably no exaggeration to say that that workshop changed my life.

Attuning to a higher intelligence

When you do a Reiki workshop you receive what’s known as an “attunement”. In plain language this means a portal is opened and divine energy flows into your body. When this happened to me everything changed, a load of old stuff just seemed to fall away, almost instantly. I quit smoking within two days, I stopped biting my nails, I’ve never had a cold since, and there were other personal changes too.

At that time I was a very different person. I’d get anxiety attacks for no reason. I would make plans but never start anything. I also rarely finished things I did start. I used to worry about what people thought of me (like daw!) It was as if others had more of a claim to be alive than I had (if that makes sense).

Emotionally, at the time, I was alive from the neck up. My thought patterns were very linear.

I looked to the intellect to explain everything. I held the belief that life required huge effort, coexisting with ‘no matter how hard I tried I wouldn’t succeed’. I also had huge anger issues although I wasn’t always aware of them, because at that level we are so ‘unconscious’ that we’re not really aware what state we’re in. We think it’s normal to feel angry most of the time.

Now I’ll tell you something even stranger. I actually tried to smoke again and couldn’t! Not because I had any cravings, but because I couldn’t understand this phenomenon and wondered what was going on. Now most people, if they give up cigarettes and then have ‘just one’, they’re back on them harder than before.

To me it was like arrggh!! It felt like the first time I put one in my mouth. My body just couldn’t take it.

It was like as if I’d never smoked in my life!

My body and my mind had returned to the state they were in before I started smoking. At the quantum level I could claim to have never smoked! Now this phenomenon is not confined to Reiki, other things can trigger it, such as sudden shock or trauma, something in the brain short circuits and the person is back to their pre-addiction state. This actually happened to my sister after a car accident. So maybe it runs in the family!

This is how I can’t guarantee if you do Reiki this will happen to you. I wish I could. I’d made a fortune! But everyone’s experience of energy is different. For you, maybe it’s some childhood incident that needs to be cleared up, I don’t know, it’s always different.

That’s why I call awakening, healing. It’s spiritual too, although that word has become a bit of a cliché. The word derives from the Latin spiritus, meaning to breathe. Poignant I think, considering the centrality of breathing in any awakening healing. It’s all the same, isn’t it, the divine breath, prana, chi.

Receiving Reiki, getting an attunement is one way of connecting to that. There are others.

Anyway, after that I got involved in all kinds of energy work. I became insanely enthusiastic! Some time later I discovered a meditation, or brain entrainment known as Holosync. I found it very helpful although I don't really use it now. Today I practice something called Mindfulness Meditation, which I recommend very highly.

Each person decides their own form of awakening. Healing is very much an individual thing.

Sometimes when we try something with a goal in mind we engender resistance. Try Reiki for the beautiful relaxation feeling you will get. Try it with no expectations, even if you’re sceptical. Believe me I was more than a little sceptical.

After all I was an intellectual cynic at the time with a reputation for sarcasm to maintain!

Also in this series:

The healing power of Reiki.

The history of Reiki.

Or, return from my awakening journey - personal journey in Reiki to the home page.