What do we mean by spirituality ?
A new perspective
[part 2]

In order to be spiritual one must first be firmly rooted in the physical. This may seem an odd claim to make in an essay on spirituality, however it is true. There is a misconception too long associated with spirituality that it is something outside us, something up in the clouds. As a consequence people often get the idea that spirituality is only for certain types, and by that they usually mean introverts or those who pray a lot. Or that it is some wishy-washy thing that is vaguely connected with crystal balls and whether your bed is facing the north pole or not. All this underscores our gross ignorance about the true nature of spirituality.

So let’s put our cards on the table:

the only place you can find the spiritual is in yourself.

Ok. Straight away I think it’s best if we rephrase that for the sake of clarity and edification. You cannot find the spirit anywhere until you first find it in yourself. That’s what I meant to say. I make this amendment because in fact you can find spirituality in everything. Shake off your mindset that the spirit is confined to a church or ashram. Yes, you can find the spirit there too, in abundance, but you can also find it in a flower, a puppy, or in the sound of a child’s laughter. The poet William Blake could find it in a grain of sand. 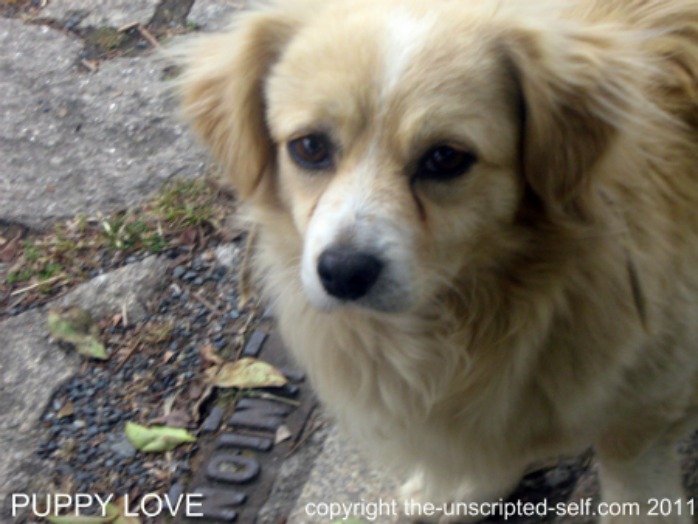 This misunderstanding about spirituality has a lot to do with the Western mind with its mixture of Greco-Roman rationalism and Judaea-Christian autocracy. These variously attempt to view the spirit through the prism of reason and to shore-up their arguments with dogma and superstition. This model has served us poorly. It insists on a literal interpretation of everything. For example, ‘God made the world in six days’. The writer of Genesis got the story of evolution full-on accurate, with man arriving last on the planet; no mean feat considering the time it was written. But silly people, even today take it literally and so miss the beautifully rich metaphorical meaning in the text. Further, they get prickly and defensive if you point this out to them!

The split between spirit and body has its origins in the mists of early human consciousness. We don’t really know how this came about or at what specific time it did. However, I believe it arose from giving undue deference to sensory evidence. I speak of death in particular. Death of the physical form made a huge impression on the mind of our ancestors, bringing with it nuances of punishment or some kind of commination. In many of these rudimentary societies death itself was the subject of fierce taboo (see Frazer, The Golden Bough).

However, coinciding with this, early humans became conscious of another part of them that does not die. Perhaps only a few individuals got this, I don’t know, the early shamans perhaps. Anyway, I call this part the Higher Self, and, it must be said understanding this Self even today is not always easy. Why, because we cannot know it with the mind - although lord knows we keep trying - only with the heart.

Here in the West Christianity has been the predominant method of metaphysical thought for the last 2000 years. From its very inception the Church sought to propagate this divide between the spiritual and the material. All things spiritual assumed a sanctimonious air and were accessible only, it seemed, by scaling the upper echelons of Olympian heights. The body, on the other hand, was deemed sinful and dirty, and word on the street was material riches were best eschewed. A doctrine the Church taught but obviously didn’t feel the need to practice!

Later, with the rise of Newtonian physics and Cartesian rationalism things may have been expected to change. However, instead of correcting this viewpoint the new science actually reinforced it. The empirical outlook decided now it was the body that was important, and were happy to leave all that spiritual mumbo-jumbo to the Church.

The dichotomy between the spirit and the body was complete.

This viewpoint was to actually lead to Francis Crick and his ‘bag of neurons’ ideology. Anyway, between them all many today occupy an uncomfortable tenancy in a mind-body which has become a fertile ground for every budding neurosis. In short, we’ve come to hate the very body we live in.

Throughout religious history the desire to inflict injury on the body prevailed. Some wayward monks indulged in the perverse act of self-flagellation, along with prolonged fasting under the dubious notion that by mortifying the flesh they were serving God.

Now this kind of extreme self denial will not make you more spiritual, only emaciated and ill. Notice the similarity today with those who suffer from anorexia, bulimia, or who self harm. Whatever the many reasons underlying these various conditions those involved experience a profound disconnect to themselves, and to everything around them, very often reporting they feel unloved and unworthy.

While coming from a different place, I agree, there is an uncanny similarity, manifested in a disgust of the body, between those today who are pathologically obsessed with the body, often to the point of harming it, and the flagellating hermit of old.

Jesus taught his followers to ‘Love God, and love your neighbour as yourself’ (people forget the “yourself” bit). He taught us NOT to harm ourselves or others. Today the god may be fashion or the Joneses, or any number of things, but the underlying cause of self-unworth is the same. Such acts, then and now, betray a deep unconscious hatred for the self, a disconnect to everything, and have nothing whatsoever to do with spiritual maturity.

Some aspects of Eastern thought do not accentuate this divide so strongly, say Buddhism or Hinduism. This is not to say that it doesn’t prevail here too. It does, there just seems to be a softer flow between the two.

When I first encountered Paramahansa Yogananda, the mystic and author of Autobiography of a Yogi, I was amazed at how nonchalantly he would move between worlds and dimensions. To Yogananda this seemed as commonplace as, say, hopping on a bus would to us. When the Western mind meets Yogananda it thinks he’s bonkers! The difference however, is one of aspect, of perspective, that’s all.

Think of it this way. Say you had H. G. Wells’ time machine and travelled back 100 years. You meet someone and you tell them about the Hadron Collider, how your best friend had a heart and lung transplant, and that in your spare time your favourite pastime was to hang out on Twitter. How long would it be before they’d call the men in white coats and have you committed? Perspectives are different, that’s all, not right or wrong per se. Just different.

Both on the physical and mental levels spirituality can be misunderstood, abused, and even become an avoidance mechanism on the path of our own self growth. We all have stuff going on at the unconscious level, stuff that we don’t necessarily want to be made conscious. We avoid this by suppressing unwanted thoughts, or hiding them from ourselves as I like to call it.

And, you know, if something in us is uncomfortable to face then maybe adopting a spiritual stance can be a way of sidestepped it!

A lot of "hi-wu" stuff today masquerades for spirituality and self-development. This is not to say that everyone working in this field is bogus, far from it. There are many good people out there doing extremely positive work, and the others are probably doing the best they can in the only way they know how. We just need to be careful that we don't use spirituality as some kind of crutch. That’s all.

Spirituality is not a rejection of the body. In fact when we are spiritual, if anything, we are more grounded, more present in our body. Its great gift is that, used correctly, it transcends the body, bringing us to another level, a higher plateau. And it does this by integration not denial.

Thanks to modern science we now know much more about the body, for example that it is 80 percent water. And broken down into its constituent parts it is made up of particles/waves, photons, and other subatomic elements. It is energy really, a form of condensed light, which extends (in what are variously called etheric, auric, and causal bodies) into space, ad infinitum. In short the body is spirit expressing itself in a different form, therefore to talk about the two being separate is quite misleading and factually inaccurate.

Oft talked about but little understood, morphic resonance simply means that an event that happens in one part of the world may have consequences someplace else, perhaps thousands of miles away.

(For more details on morphic resonance see Sheldrake, A New Science of Life, and Watson, Lifetide: the Biology of Consciousness;)

David Bohm describes this as ‘nonlocal connections’. In other words we are all connected to everyone and everything.

This may be the new science, but it’s old spiritualism. This Oneness, and interconnectivity of all things has long been the teachings of the Great Masters, such as Buddha, Jesus and Lao Tzu. Their words were misunderstood, and misinterpreted, which is probably understandable, considering how even today this stuff can be difficult to get a purchase on.

Spirituality is neither some inaccessible doctrine creating an artificial gulf between you and Greater Universal Consciousness, nor is it some airy-fairy philosophy that keeps you from being in touch with reality. It is simply a maturation of the entire person. It is coming into recognition of your own power, your beauty and your light.

‘What do we mean by spirituality’ concludes next week.

If you missed it here’s part 1.

Return from what do we mean by spirituality 2 to home page.