the false split between spirit and wealth 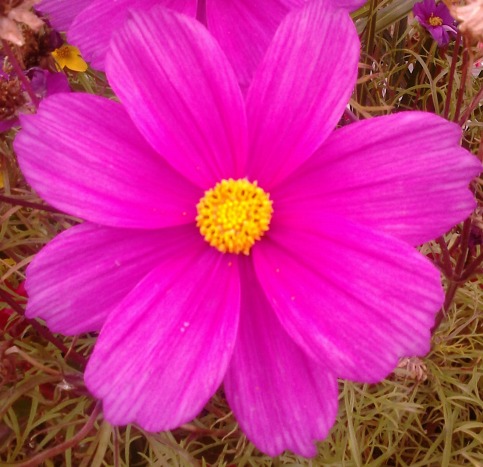 Being spiritual is simply an idea people have about themselves. It’s a way they have of feeling important. Again and again I find these people have a script that tells them they can’t be spiritual and rich. It’s the ‘money is the root of all evil’ script, which by the way is a misquote. Everything is made of spirit. Therefore stop thinking that your spirituality makes you something apart from others. Sometime in history we created a split between the spirit and the body. We decide the body is here, is us, and the spirit is up there, somewhere, in a kind of woo-woo cloud.

We need to relearn that our spirit is our body and our body our spirit. There is no separation. The body is just spirit expressed in a different way. And your spirit could not actualise without your body. Previous generations poured holy incense over where they thought spirits might pass. Today we pour precious aloe on bodies in a swing that sees a move to the opposite extreme. It’s time the two were reconciled and appreciated equally.


True wealth and spirituality are the same


Wealth is a form of love. A high form too when seen in the proper light. Because through this medium we can do so much good, build so many bridges, and alleviate so much suffering. But we associate wealth with greed. This is what we see all around us. The world’s idea of wealth is reciprocity, of getting something in return for what it gives. It teaches us this lesson with its other lessons of fear and security. Hence we see wealth as a limit. We connect it to our sense of survival, there may not be enough for me, it may run out and I won’t get my share. But God’s idea of wealth is simply to give. Because there is total abundance it can never run out.


Once we lived by the ideology that ‘Greed is Good’ and the smart thing was to grab as much as you could before someone else got it (definitely operating from scarcity mentality!) Hence people have the thought about wealth that it is somehow bad, exploitive, manipulative. And indeed this is how wealth is often used. We can create wealth from a consciousness of lack as well as from a consciousness of abundance. But when we do it will surely have the properties of exploitation and manipulation. And here its power will be severely curtailed. Not only has this consciousness left millions in starvation, when there's more than enough food to go around, but it’s not even working for those who have it. Witness the financial mess the world’s in, the debacle that is our banking system. We cover it up with sticky plaster but that will only hold for a while, then the entire system will collapse.


But when we create wealth from a different place we see its transformative power, we see how deeply spiritual it really is. This is when we create from a place of joy, of not wanting to exploit or take from others. Think of all the good you could do with wealth. Right now in Pakistan due to the recent floods people are dying and in desperate need of help. And all over the world children suffer because of injustice, poverty, disease, cruelty, due to our negligence. Personally, I would like to create a fund that would help the world’s most neediest children. But we cannot do that if we separate wealth in our minds from our joy and spiritual outpouring. If we make wealth itself wrong then we allow children to suffer.

All is created by Mind


Ok. All suffering is created in the mind. Each person creates their own reality. Therefore it could fairly be said that we’re each responsible for our own suffering. But this philosophy can be devoid of compassion. And it’s not strictly true either. Actually each of us is responsible for each other, not in the Do-gooding meddlesome kind of way, but because we are all one, and only appear to be separate and in bodies. Therefore if I injure another part of me surely I’m injuring the whole of me. In this sense my thoughts affect not only myself, but also everyone else on the planet. Likewise my words and actions. So when you raise your consciousness of wealth to that of spiritual, then you not only help yourself, you raise the consciousness of the whole world as well.


Helping others in a charitable way is a limited (but sometimes necessary) form of good, because your good depends on another’s suffering. But when you help by raising the consciousness of all then you are truly helping others to create their own rich reality. Don’t let this blind you to compassion, we must still give to suffering to alleviate immediate distress. But as you give picture the person you're giving to enjoying their wealth and splendour. When you give, give to God and not to scarcity. And so give lavishly and not in a mean way. Also do not hold those you judge as greedy in contempt. By forgiving them you release greed from the world.


God does not give to you out of charity, because you are needy. Because God does not see you as needy, rather She sees you as the true being you are, that She made you, a magnificent being without limit.

So when you see others as needy you are, in fact, creating that for yourself.

Likewise, when you see others as greedy you do the same thing,  project a part of yourself that believes in lack and thinks it needs more.


Creating success is not about accumulating things or building notions of grandeur. Something created from joy comes from a very different place. Why does a child built a sandcastle? For no reason whatsoever except for the joy of doing it. It’s an act in the moment, a pure expression of creativity and individual exuberance. It doesn’t matter that it won’t last.


The same is true of music, it doesn’t matter whether it’s the finest orchestra, or a guy busking on a street corner, the only reason for its existence is to make the heart happy. Music, like a sandcastle stands complete in the joy of itself.


And this can be true with any creative process, including a business. You introduce a new service or product to the community, you respond to a need there, you create joy.


It’s only when we do things in reaction to the ‘fear and security’ agenda, out of a sense of scarcity, a sense of competition, that a different energy arises. Now it’s like our natural creativity has been bought, indentured, put out to tenure.


If I feel I have to compete with you, regardless of what I create, it means I’m unsure of my own powers. The person who doesn’t need to compete is living in their own authority. And this is a far more powerful place to create from.


Now the world tells us everything would collapse without competition, but this is not so. Nature does not compete. A fir tree does not say to itself, ‘I’m going to grow taller than that big oak and show them’. It just naturally expresses its own beauty, its own worth. It’s perfect as it is. Everything is perfect as it is. See attitude of gratitude And so are you. You are a divine being of light perfect in every way.


Success is our natural state. It’s what we do by nature. Watch a child learn to walk, they fall down, they get up again, they fall down again. They don’t make a big deal about it.


Failure, on the other hand, is a learned state. And it’s a negative in that it’s something we learn in order to avoid. We’re so busy watching to avoid it that we don’t realise we’re creating it. I can’t! it’s hard! it’s impossible! Soon all the programs kick in. No child ever doubted they could walk, they just got on with it, they knew eventually they would succeed. This is because they hadn’t learned the concept of failure at the time, and how it is shameful and must be avoided. Had they, I’m sure many would not have mastered walking.


Perhaps someone told you that you would fail, or maybe they laughed at you, so you’re making them responsible for your life now, giving them the authority as to how you feel today. Why would you do this? Why would you give that to anyone, especially those who hurt you?


The fears which you see all around you, which the media and the noisy world constantly bombard you with are really created by your mind. They are real, while you’re creating them, but you have a choice to create something new. We create fears by denying or repressing our (fear created) reality instead of exposing it to the light, and by deciding one thing is holy and another profane. We either attack or cosset that which we have made unworthy. We push what we want most away while desperately trying to grasp on to it.


Just become aware that you’re doing this but don’t attack yourself for doing it. Remember, nothing is really wrong anyway, you are as God created you, and you are perfect. Not in a grandiose kind of way, but in a way that is complete and full and needs nothing put to it.

Return from awakening joy: the false split between spirit and wealth to home page.