Beyond Metaphysics:
Our Nondual Reality

part 1 of the Nondual Series

"When you see the world you see God. There is no seeing God apart from the world. Beyond the world to see God is to be God. The light by which you see the world, which is God, is the tiny little spark, 'I am', apparently so small, yet the first and the last in every act of knowing and loving." Nisargadatta Maharaj, I Am That, 61-62. 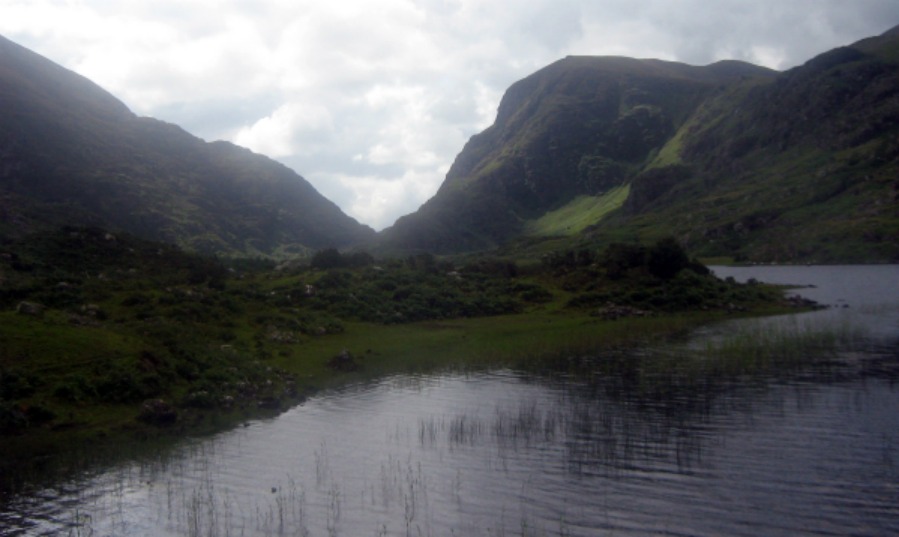 Today begins a mini series on nonduality. Although the subject is wide in scope we will concentrate mostly on Christianity and A Course in Miracles (ACIM).  We will ask how Christianity evolved the way it did, developing into a system of ritual and suppressing its mystical origins. At the same time we’ll examine other voices from the early Christian period that appear to offer a more nondual perspective, examining them for similarities with ACIM. Although a weighty subject I promise to keep it light and accessible!

I hope you enjoy, and I invite you to share your comments and remarks here.

We will begin by taking a brief overview of ACIM, for me the ultimate nondual handbook.

A Course in Miracles teaches that nothing exists only God; that we have in fact never separated from God; that there are two thought systems in the world, the egos (which is insane) and the Holy Spirit’s, which will lead us back to God; that evil doesn't exist since God, being absolute, cannot have an opposite, a nondual concept; and that through forgiveness and accepting the atonement [at-one-ment] can we heal the idea of separation.

While sounding radical, the Course simply reaffirms Jesus’ original message of the Gospels, to love God and all your brothers and sisters equally.

Jesus makes it clear that we are all equal to each other, and to him.  He tells us it is inappropriate to be in awe of him.

There is nothing about me that you cannot attain. (T-1.II.3).

Again, this is merely restating, ‘the least of my brethren’. However, he also makes it clear that he is ‘above’ us in the sense that he is further along the road (see Evolution), as in the relationship between a teacher and pupil.

I have nothing that does not come from God. The difference between us now is that I have nothing else. This leaves me in a state which is only potential in you. (ibid.)

The Course draws a clear distinction between sin and error. Sin is a means by which we condemn ourselves, as it is a confirmation that we are capable of separating from God. Error, on the other hand is akin to taking the wrong path. Once we realise this we simply turn back.

It never sinks to a list of dos and don’ts. It doesn’t create a new mythology and add to an already confusing array of metaphysical preponderance. But it does teach that a shift in perception is necessary to move from the world of the ego, the world of duality, to that of God.

What constitutes a miracle?

Is it really, as the title suggests, a course in miracles? Well, yes and no. It doesn’t teach you how to perform them, but that’s hardly the point.

When we think of miracles we think of something outside the boundaries of common nature, the supernatural.  But the Course seems to suggest we have it the wrong way round. It’s when we create sickness, lack, poverty, disease, that we violate the laws of nature. What God didn’t create cannot exist, and God certainly did not create these things. Therefore they do not exist.

Instead it teaches that we become miracle-minded.

What about illness?   Does the Course not make it wrong to get sick?

No.  It simply denies its reality.

The challenge here is how to make it work in our lives. Compassion seems to be the answer.

Perceive in sickness but another call for love, and offer your brother what he believes he cannot offer himself. (T-12.II.3.)

Again it's about changing perception.

Makes sense. Of course Christianity has for aeons looked upon suffering almost as a virtue, which I think goes back to the crucifixion. It’s almost that our personal suffering is a re-enactment of the crucifixion.  Like the more you could be crucified and be ‘like’ Jesus, the better you were. The Course corrects this.

The message the crucifixion was intended to teach was that it is not necessary to perceive any form of assault in persecution, because you cannot be persecuted. (T-6.I.4.)

What is important is not the crucifixion, but the resurrection.

Your resurrection is your reawakening. (T-6.I.7.)

Besides, to be ‘like’ Jesus is not to be dead on the cross, but to be awake, for Jesus overcame death by demonstrating that it did not exist.

Let’s try this from another angle.

Do you know of anyone who wants to be sick?  No.  I think it’s safe to say we all want to be healthy. But this is not the reality for many people. In fact everybody gets sick at some time. We are so used to our sickness that we take it for granted, we think it’s normal.

What if it's not?

From a nondual perspective it makes no sense. It’s not our reality.

The real miracle is the change that takes place in our hearts and minds.

The body and our nondual nature

Some may find the discourse on the body challenging, even uncomfortable, suggesting, as it does, it isn’t really real.

The body is merely part of your experience in the physical world. (T-2.IV.3)

However, to realise you’re not a body at all, far from being scary, is in fact very liberating, as anyone who’s experienced any nondual state, say meditation, can testify.

And the Course also makes it very clear that the body is not evil. This is very important. The body is merely the instrument of the mind, and therefore cannot be guilty of anything since it does not act on its own volition. It is simply neutral.

The body is beautiful or ugly, peaceful or savage, helpful or harmful, according to the use to which it is put. (T-8.VII.4.)

... it is almost impossible to deny its [the body’s] existence in this world. Those who do so are engaging in a particularly unworthy form of denial. (op. cit.)

I’ve always said this, you have to ‘be real’ as well as spiritual!

Today, as you know, we have a rather unhealthy obsession with the body. We idolise it on the one hand but also seek to punish it, burying our guilt and other repressed stuff here. This is how we create sickness! We have made a kind of neurosis out of the body. The Church teaches it is the locus of sin and every wrong doing, while at the same time being the temple of the Holy Spirit.  Further, it was commonly believed that people would rise with the same body in the next life. So you’re stuck with this thing for all eternity.

The Course is a rare and beautiful thing, if at times not easy to get your head around. Although the language is clear throughout, free from the strain of psychological verbosity, the complexity of the message can still render it obtuse in places. Sometimes reading it can be frustrating, even maddening! although always rewarding, and quite unlike anything else you’re ever likely to read.  The text is long, too long perhaps, and often repetitive.  Somebody once said the entire Course could be reconstructed from any two lines! This is not necessarily a criticism!

I don’t know how true that is but I like the obvious parallels here with the holographic paradigm, i.e. that the whole can be found in all of its parts.

Maybe, just maybe the message to love God and you neighbour as yourself isn’t all that simple! To truly understand what Jesus said 2000 years ago would require a fairly decent grasp of metaphysics.  It is clear than many of his earlier followers didn’t have that.

So how did the message get obscured and move away from its nondual origin? This we will attempt to answer next time.

Return from our nondual nature to home page.