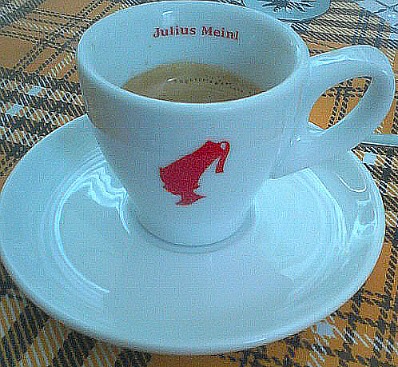 what you think you believe is not what you really believe

We all have certain core beliefs about life, about ourselves and about the world. These beliefs shape how we see the world and what happens to us. They are pretty much the building blocks on which we create our reality. Now, the vast majority of these are unexamined beliefs, and they were formed in childhood, some often in the first five years of your life. Chances are you adopted them because they were useful at the time, or because you didn’t know any better. For example, if you were told as a child to be quiet then you might grow up with the belief that it is not safe to speak up for yourself. Now, however much this may have served you at the time it most certainly is not serving you today.

Each individual very subtly takes on many of the beliefs of their parents, peers, people they look up to. And so long as these unexamined beliefs remain just that – unexamined – the probability of change is low. Now the problem is most of us don’t know our beliefs clearly enough because we are clever at hiding them from ourselves.

Take pop culture. Someone decides what music you listen to, or clothes you wear. Kyle’s latest hair style must be slavishly copied by everyone. This is how beliefs and norms are passed down from generation to generation, and it’s been happening since Cleopatra first stepped out in Moroccan lace.

Same in the adult world. Successful people are often photographed in a certain way that makes them appear masculine, and by implication more powerful. This has permeated into the advertising world too. Take some time out to watch tv adds consciously. Notice what they’re doing. Most of the time we take this in unconsciously, subliminally, and that’s how it works. As soon as you become awake to what they’re doing then their influence is muted.

And it can also creep into spirituality. For example, you might have a thought that the Dalai Lama is holier than you. This is creating a certain image of the Dalai Lama, and more perniciously, another image of you in relation to him (or any other person). By the way, I’ve never met the Dalai Lama but I’m willing to guess he doesn’t have this thought about himself (or you!) It’s just one of the many subtle ways we have of hiding our light.


We continuously want to place authority outside ourselves:

‘they say the tumour will get bigger’, the patient laments with chagrin.

The papers say the recession is going to get worse and a lot more people will lose their jobs.

And you believed them, because they must know what they’re talking about.

And yes, it got worse.

Or, ‘the doctor told me I will be on these tablets for the rest of my life’.

Perhaps that won’t be too long!

The illusion of seeing

In the presence of certain people something gets triggered in us that makes us want to look on the illusion they are powerful and superior to us. The thought behind that might be ‘I’m not good enough but I’ve decided that you are’. This is probably a very early thought.

Conversely, in the presence of others a different feeling gets triggered and we see them as inferior. Actually, whatever the trigger, in both cases we are looking at an illusion, and it is the illusion that we are defective. This is completely false of course.

The truth is you are whole, you are perfect. A superiority complex is really a disguised inferiority one and vice versa. We put some people above us and others beneath us, and we lose ourselves in the process.


In transactional psychology they talk about the child-adult interaction (our first example), and the adult-child, where you see another in the role as child to your adult (second example). What we need to do is get to the adult-adult perspective. We do this by looking more closely at those unexamined beliefs, as well as who exactly is informing us. That’s crucial.

What are your unexamined beliefs?

It’s good to do this little exercise from time to time. Take a piece of paper and write

Just brainstorm. Interesting little nuggets may come up. It doesn’t have to be the last word on what you believe but you may uncover some surprising gems.I go into this in much more detail in Birthing the New Consciousness.

I’ll leave you with a beautiful quotation

"You don't need to DO anything to be loved; you are loved totally and unconditionally by the source of creation. There is nothing you need do to win that love and nothing you can do to lose it, for you are loved completely". Aine Belton.