Part 2 of the Nondual Series

Starting with the premise that the message of Jesus was essentially nondual in nature, we asked at the end of the last piece how did Christianity evolve into a very dualistic and world-centred religion.

I’m going to discuss five of what I believe to be the most salient reasons. 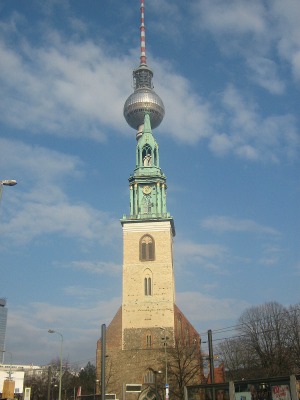 It would appear that Christianity started as a non-dualistic system of thought, the most radical perhaps to ever appear on the planet. But one event was to change all that. That was when Constantine, following the Edict of Milan (313), made Christianity the official religion of the Roman Empire. At that moment Christianity was politicised and subsumed into the State. It became quintessentially Roman.  For instance, words like pontiff and curia were part of the old Roman system of governance. Then followed the Nicene Creed and a Canonical text, firmly establishing a set of “official” texts, while excluding and silencing other voices.

At this point orthodox Christianity was born.

There is no reason why Christianity couldn’t have evolved as a loose collection of diverse groups and disparate opinion around the central figure of Jesus. But this is not what happened. Instead, the Church came to be shaped by the very thing which created it; an oppressive regime that boded no opposition: the Roman Empire (it even became known later as the Holy Roman Empire).  After years of being persecuted it now, in turn, began to oppress and extirpate all opposing sects; Mithras, the Sol Invictus, the cult of Isis, etc., all which shared many commonalities with Christianity.  That completed, it turned on itself, internal schisms and heresies arose: Arianism, Docetism, Manichaeism, Marcionism, to mention just a few.

Suddenly the message of peace and brotherly love became rather opaque.

Next there’s the question of when Jesus’ words were actually written down.  Consensus has it that the gospels of Mark, Luke and Mathew, known as the synoptic gospels, were produced circa AD70, with John’s appearing around the turn of the century. This means that the earliest records came out some 40 years after Jesus lived. If written from memory one could expect the usual accretions, distortions, and adulteration (albeit unintended) of the message.

Like, try to remember a conversation you had with someone 40 years ago!

And even if the gospels (there were originally more than four) were copied from some master original, the scribes didn’t exactly insist on an exact rendition. The many differences, even contradictions, between the four attest to their being largely the product of independent minds.

It’s more likely though they were handed down verbally. Jesus, like the Buddha, didn’t leave any written records.  Instead the message was passed down from teacher to student. And, as we know, everybody hears, and then interprets information in a totally unique way.

Let me give an example. Say a Martian were to arrive on earth, imagine the commotion! But the documented accounts of the event would vary greatly.  For example, the war correspondent for the Times would be looking to see if the civilisation which sent him had ulterior designs on us. A socialite, on the other hand, might want to know if our Martial was a party animal. For my part, I’d be eyeballing him to see if he could raise the level of consciousness on the planet. Producing three very different reports I'm sure.

Further, in examining these events we must do so in the context of their time, the attitudes and beliefs that were current then, along with the political and/or environmental situation. At the time of Jesus Jerusalem was a highly volatile entity. Having been taken over and run by the Romans patriotic fervour was at an all time high, eventually culminating in the sack of Jerusalem and the destruction of the temple in AD70. This simmering patriotism, combined with our natural tendency to distort and interpret information, as outlined above, could explain how warlike statements crept into the gospels, such as ‘I bring not peace but a sword’, a line, incidentally, which the Course refutes.

Also a prophecy existed that a messiah would come and free the Jews. So it’s not too surprising that many of his followers initially saw Jesus as this messiah. People have always wanted someone else to save them. It was true at the time of Jesus and it’s still true today. The messianic element, while a kind of infantile regression, is a dangerous but always present variable.

This is, perhaps, a more psychological reason.

Early Christians believed that the Second Coming would happen in their generation,  and when it didn’t the inevitable doubts began to set in. People looked around for ways to cope with this new situation.  One of these was to deify Jesus. This resulted in opening a chasm between Jesus and everyone else, making him an exception rather than an example to follow, and opened the way for a priest caste in which to mediate between God and the ‘ordinary sinner’. It created a hierarchy that the Church, even if it wanted to, was never able to extricate itself from. Originally church officials were more like deacons, and didn’t have the role or special privileges that priests and bishops later accrued.

However, it’s our interpretation of the Second Coming that fundamentally betrays a failure to understand Jesus’ message. The Second Coming doesn’t mean Jesus will ride in on a white horse, instead it pertains to the birth of the Christ in us all, which is the true awakening of the soul, and an end to the false idea of separation. This is the true meaning of being reborn.  But it seems most people then (as indeed now) didn’t get this.

The mistake people make is to insist on a literal interpretation of everything. They looked to Jesus as someone who would come back to reward the good (themselves) and punish their enemies. A kind of ‘terminator’ who promised ‘I’ll be back’. The frightening thing is a lot of silly people today still think this.

Incidentally, in nondual terms the concept ‘generation’ doesn’t make sense, as there is no such thing as time, everything is happening now.

Indeed quantum physics has proven this to be true. There is no such thing as linear time.

Finally, and perhaps most regrettable, there never was a method by which to channel Jesus’ message. Or, if such a method were given in Mark 11.24 it was never developed. The same thing happened with the philosophies of Schelling and Hegel, without a method their high idealism lapsed into materialism. Unlike Buddhism, where a system of meditation was set in place to train people who wanted to learn it, orthodox Christianity had no meditation, instead it relied on a system of observances, and later good works. A core centre was missing. In my view this was deeply regrettable.

I find it interesting, although it’s beyond the scope of this series to examine in depth, that, while never branding them heretics, or making them outcasts as happened to others, the Church was always distrustful of the monastic movement. Here was a potential threat to its centrist power, to the political arm. And here too perhaps is your meditation system!

So we have seen that politicisation of the early Christian movement, diversity of interpretation, political unrest in Jerusalem, failure to grasp the non-dualist thread in Jesus’ teaching, and develop a precise method are among some of the reasons that the fledgling spiritual movement took off in a very different way that it was probably intended. This does not make the Church, or those in it, evil or 'anti-Christ', simply that the profundity of the teaching was way beyond their grasp. You see, Jesus' teaching isn't really about how to live in the world, or make it a better place - although this may be a positive spinoff - rather it is about how to overcome the world.

The message to love God, and extend this love to everyone on the planet, may seem simple, but it has many layers of complexity. That aside, it’s a message I still believe could transform the world today.

Next:  we turn our attention to the Gnostics.