Towards an Evolution of Being 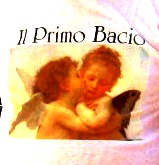 Age old question? Are you a body with a spirit attached, or a spirit with a body attached?  Truth is you’re only spirit. This can be difficult to get your head around when we’re in a body, but it’s not something to cause undue worry. Today we’re going to look at this body-spirit thing through the lens of evolution.

Evolution as we know it happened in stages in response to environment. We began life swimming in the primal soup of the cosmos. Eons later we evolved from simian-type beings, to hunter-gathers, to farmers, on to the industrial age, and so on. So why should it stop there? Doesn’t it make sense that the process will continue, that we will keep evolving, maybe into some other form, until eventually we have no need of the body at all? In fact to think otherwise is to assume the human species is now done, that we can’t develop further. Against the evolutionary model we’ve been using this just doesn’t make sense.  For it postulates that after thousands of years the process would suddenly, dramatically, and without precedent, take a different turn.

And our physical growth uncannily mirrors the larger evolutionary process; as we ‘evolve’ from infant to a child, then adolescent, and finally (hopefully!) an adult.

You start life as a seed, then crawl out of the waters of the womb as it were. Now, doesn’t the innocence and uncomplicated life of the child mirror the hunter-gatherer existence, allowing the world to take care of you, while also believing in magic? You view the world with a mixture of awe and terror. The next stage, adolescence, reflects the agrarian age. Here you begin to organise or manipulate your environment to get what you want; you carve out a patch for yourself. Your attitude now is one of trial and expectation. The busy adult-life which follows reflects the industrial age and modernity where science and reason come together to form a better life. The simplicity of the child and the wisdom of the adult are merged.

There’s a beautiful sense of balance here which has nothing to do with degree or comparison. The spaceman is not better than the caveman, only further along the road. The adult is not ‘better’ than the child, just older. Evolving, as we do, we carry the best of what we evolved from to the next level. That’s all. The spaceman once was that caveman, the adult the child.

Actually it’s not strictly true that you started as a seed. For from what did the seed originate? You actually started as nothing. And you go back to nothing. In fact you are nothing (people with their egos still intact can stop reading now!) But this ‘nothing’ isn’t what you might think, it isn’t scary nothing. It’s more “no-thing” as opposed to “no existence”.

Hint: it could be described as Emptiness.

And in truth you never ceased being this. Even as you continued to develop and grow, be it as a hunter-gatherer, or a child picking flowers going to school, your essential essence never changed. Because it is unchangeable, imperishable, immortal.  And that’s good news. A ‘thing’, after all, can be destroyed, but a ‘no-thing’ cannot.

Same story with world evolution. Before we crawled out of the sea and split into two, before the stars and planets were formed, before the Big Bang even there was nothing – no-thing.

Spirit is the next stage

Initially when we transition to a higher order of reality things seem harder, but then as we adopt we find they actually work better, and we wonder how we got on with what we had before. This is true, be it going through the various stages of life, or when we adopt to any new circumstance.  Nothing is really lost, only brought forward, in a new way, into the next stage.

For example, a time comes when the joy that childhood games once gave us is no more. They now bore us.  But these are not really lost, only set aside, to surface again in the new emergent form, which may see us go on world adventure-trips, learning to ski or scuba dive, and so on.  There is no loss, only incorporation and gain.  This happens smoothly, except when the transition between stages is arrested. When this happens we cling to some aspect of the former state, e.g., regression to childhood, a part of us resists the natural change and development.

This can manifest itself in societal dysfunction (which is evident all around!) but also at a personal level in serious neurotic disorders.

When we think of spirits (and I’m not talking about the kind you consume!) we generally think of some insubstantial form floating around the stratosphere. A spook perhaps, or a friendly Casper. Something deficient almost.  Ok, now the ability to pass through walls and solid objects may have its usefulness, but overall we see it as ‘a thing without a body’.  We even speak in terms of a ‘disembodied’ form, which only betrays our propensity to shape the spirit world with human eyes. As a result we end up envisioning it as a kind of blob, tiny bodies with spiky arms and legs; little spirit people with little spirit dogs playing in heaven.

The body and spirit are not in competition. They both serve a different purpose. Neither is the nature between them hierarchical, rather it’s complementary. The spirit needs the body to move around in and experience objective reality, the body needs the spirit for its very being. There’s no need to devalue one at the expense of the other.

However, and I’m always emphatic about this, when we’re in the body, or the dream, or whatever it is, we must honour that. There is no other way to live in it. The current dream we’re in says we evolved from primates, the universe is over 13 billion years old, and so on. This is the reality of that dream. It may or may not be real on another level. On the level of our awakening it makes no sense at all. Different levels have different meanings and each meaning will reflect its own reality. Integrity is living in the level we’re at to the very best of our ability, acknowledging what is.

If I say none of this around me is real am I shutting my eyes to the suffering of the world, or ignoring the contribution I could otherwise make?  Awakening is the very opposite of this. It is recognising the stage we’re at, honouring it, while keeping in mind its temporary or transitory nature.

Following all this you might think that the next stage is the boneyard. Not so! That’s not a level at all, that’s a cessation of a finite form (the body). The next stage in human evolution is much more exciting.

The Right to Shoes!?

Cessation of any form of matter simply means it’s worn out, it doesn’t mean the essence that animates matter ends. When shoes are worn out you throw them away. Now this does not mean that shoes are evil, or that wearing them makes you any less spiritual. It simply means they served a purpose and now can be set aside. Likewise at the end of each life we put aside our physical body, now worn out, only to reincarnate in a new one if needs be, until such a time when we’ll have no need for bodies. But people believe in death, as an end not a transition, and therein lies the problem, and the source of much fear.

Remember there’s nothing evil or wrong with your body, despite what you may have been taught. Be very clear on that. Believing that it is ‘sinful’ or somehow defective is what’s keeping you in it, keeping you ‘stuck’. The natural transition to the next stage is somehow arrested if you want to go back and ‘fix’ whatever you perceived is wrong with your body. There’s nothing to worry about anyway, remember we carry the best of what we evolved from and incorporate it into the next stage, be it reincarnation or pure spirit. We only gain, never lose.

Shoes are just shoes, bodies are just bodies. Be fine with yours, but also be ready to lay it aside when you need to. You really are a spirit with a body – not so much attached – as a learning tool.

We used the example of evolution here. Maybe this is somewhat misleading for evolution suggests a journey of some sort.  And every journey must have an end point. However, the human journey takes place only in human consciousness; seeing with those human eyes again. You are already where it is you think you’re going. You need only realise this.

You are the evolution of you and it is in the emptiness that ultimately you find your fullness.

Return from an evolution of being to home page.