A little more on VALENTINUS

Part 4 of the Nondual Series 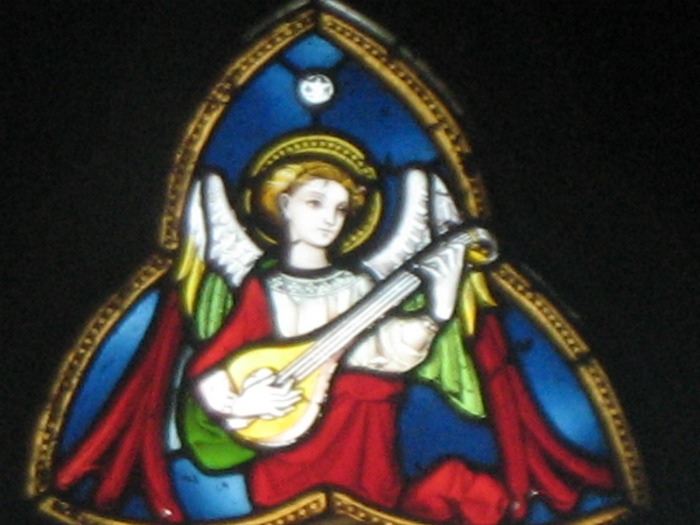 While classical Gnosticism predated Christianity by many centuries, it was Valentinus who adopted it to the Christian myth.

This is his interpretation:

In the beginning was Prior Source, or the Deep, or Ancestor, or the Uncontained. It is One but It is not alone. Its consort is Silence, who is also Itself.  Prior Source and Silence then engender two aeons, Intellect (the First Begotten) and his consort (or feminine side) Truth.  They in turn produced the Word (Logos) and Life (Zoe), who beget Humans and the Church. More aeons follow with Sophia being the last.

In this way does Prior Source extend itself.

To all the aeons, apart from Intellect, Prior Source was incomprehensible. Intellect tried to instil the desire in the others to find the Source so they could truly know Its love, but was restrained by Silence, because had they succeeded they would have been subsumed back into It. (Later all the aeons join with Intellect, and are at rest).

However, Sophia feeling the passion of Intellect, breaks away, and seeks to comprehend Prior Source on her own. She is rescued by Christ and brought back into the Pleroma, but her reckless passion is detached from her, and placed outside the Pleroma, in the region of Shadow. This becomes Achamoth, lower wisdom, or unfulfilled passion.

The essence of divinity is also imparted by Christ to this lower Sophia, by his compassion for her suffering. She is then alone and able to yearn for awakening.

Three new essences are born from her passions:

the World Soul from despair

the Demiurgos from her rationality

and, Spirituality from her joy.

Now these in turn need to be matured and brought back to the Fullness.

For this it is necessary to create the world.  Achamoth secretly influences the Demiurgos to do this, although the Demiurgos is totally ignorant of her input and thinks he acts of his own volition. He is also tricked into breathing divine essence into the first humans (the counterpart of Humans in the Pleroma), who comprise of three non-corporeal elements; a demonic, a rational, and a spiritual element. These correspond to the three seeds or ‘essences’ mentioned above; as well as the three Pillars of classical Gnosticism, the Hyletics, Psychics, and Pneumatics; and are symbolically represented by Cain, Abel, and Seth, the three sons of Adam.

Achamoth is sometimes called Wisdom, after her mother, and Holy Spirit after the divine essence she received.

Everything in the world is a pale shadow of its True Nature, or Form (a Platonic idea).

The perfect Jesus exists in the Pleroma.  A kind of image of him came to Achamoth, and a further distilled version then incarnated on earth as the son of Mary and Joseph.  And this holds true for all humans (earthly humans are replicas of the original aeons). Souls are eventually reunited with their divine twin – not at death – but when they have attained gnosis.

I think Valentinus was attempting to reconcile classical Gnosticism with emerging Christianity and its variant traditions, including the Jewish one, and does a very good balancing act. He manages to de-demonises the God of the Bible and installs him as the God of Righteousness (as well as re-establishing him as nous, Plato’s ordering principle of mind and reason in Timaeus).

He then, however, asserts that the devil was made from Achamoth’s grief, and he became ruler of the world. This last accretion runs somewhat at odds with the rest of the schema and is clearly an anomaly. For the devil’s role now clashes with that of the Demiurgos, who, as we saw isn’t evil. Also the devil doesn’t have a parallel in the Pleroma. Nor could he be given one!

This, in my opinion, is Valentinus’ attempt to graft Gnosticism onto the Church’s teachings. In an attempt to reconcile the two he introduces the character of the “devil”, which as we know was central to literal Christians. Valentinus clearly wants to make room for literalist Christians rather than exclude them. To him the church was instituted by Jesus as a place to incubate those who had not yet found gnosis. It represented the rational, or psychic element.

It was a bold move, because it allowed both sides to be right (well sort of!)

The Church could be right about Jesus’ divinity, as it was the Christ in him that spoke. While at the same time, so could the Gnostics, as the form that appeared on earth was but a shadow of the real Jesus. Also Mary Magdalene may be a shadow version of Sophia and the earthly consort of Jesus (see Gospel of Philip).

The Valentinian schema differs from classical Gnosticism in that it doesn’t say reality is separate from, or outside of God. Rather the world is contained in the Pleroma, as is the Pleroma contained in Prior Source. The whole thing is a kind of holarchy.

In this way one cannot say the world is evil, rather it is created in the image of the Pleroma, and for the glory of it.  It simply isn’t real.

and the archons the aeons.

Of course, this does not negate the fact that the world is also its shadow, and so could be said – if we believe solely in it – to deceive. In the end its illusory nature will dissolve when understanding (gnosis) is fully achieved.

Myth always tells of a deeper, though not literal truth

Every thought has consequence. Intellect’s passion awoke Wisdom, hers begat Achamoth, which in turn begat the Demiurgos and then the world. And of course the original thought of Prior Source began everything.

It is said that because there was nothing to think about, the One began to contemplate Itself, Its various aspects – Justice, Love, Wisdom, etc., – and these thoughts became the aeons.

And so it is with us. Your every thought creates something, and you must live with that. So be careful what you think consistently, because while you are not Prior Source, you’re more powerful than you realise!

And what of those parts we can’t look upon, that we deny? Well, they end up in the shadow world wreaking havoc on us until they are reintegrated.

No wonder Jung saw in the Gnostics the precursors of depth psychology!

There is only All-Encompassing-Love. This Love is everything, has no beginning and no end.  You emerge out of it as consciousness, or awareness. Not yet self-awareness, at this early stage it is more a raw intuitive kind of knowing. Then as it eventually spreads it affirms life to you, in you. You are life; you are of the All. As mind meets with matter you become aware of Self as a separate thing. You are now in thought’s stream, lost in your own mind.

Here is the world, forget about mountains and rivers, it is in the mind and you are creating it moment by moment. You think you are alone and helpless, and this impure wisdom shows you a world not real.

I’m taller than my brother. I’m not as smart as my friend.

And this gulf between you and Pure Existence grows ever wider throughout life by constant self-definition, self-affirmation.

Then desire is awakened. You start actively engaging in conscious awareness, you become self-aware, and you open to silence. When we desire something enough then, and only then, will the Universe move. Pure Consciousness, which is you, reaches forward, clarifies all, and brings you back to All-Encompassing-Love.

Although the Church of Rome wasn’t established until around 56 CE, and the papacy not until the late fourth century (Siricius was the first to use the title pope), the bishopric of Rome, being as it was in the heart of the Empire, would have been a position of some influence.

I kinda like Valentinus. I wonder how things would have turned out had he been successful in getting the job!

Return from Valentinus to home page.