In the lair of the Ego-Mind 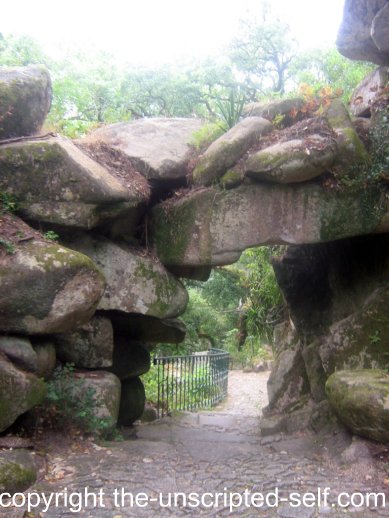 In the first instalment of this series we saw that all awakening really is is consciousness, the total awareness of all things, and paying attention to it; and, further, that you are it.


So then, in order to experience sensory dimensions you set up the ego-mind and gave it permission to run the show for you.


It’s like you’re this unlimited being but you want to experience the thrill of what it would be like to have limitations, the same way someone might want to do a bungee jump. So you declare (metaphorically speaking)

“I want to experience the illusion of something called the dualistic world, to feel what it would be like to see a me and a not me. I want to have experiences, find out what coffee tastes like, to feel hardness under my feet, and the contrast of walking in a soft green meadow. I want to feel laughter swell in my belly, wet tears on my face, and to appear to move through a thing called space. Especially I want to see what it would be like to grow old, even die”.


So you ran this program. You enter the world of the ego-mind.


But then you forgot you did this!


What are the distinctive features of the ego-mind?

First that it is damn persistent. It won’t let go of you easily. It will jealously protect its assumptions about who you are, and what you are; that you belong to it. In its own way it seeks to protect you. It’s a bit like a German shepherd that will defend your home to the death. Good dog. But the trouble is it will keep out your good too.


An indefatigable talent for distraction is one of the great strengths of the ego-mind. It’s genius at this. And, if you’re not careful it will keep you busy doing stuff for the rest of your life. When we’re ‘doing’ we feel we’re important somehow.


Now it is only our own awakening that need concern us. However, it is also our duty to help our brothers and sisters to awaken. Between these two stools nefarious “doing” can bring us crashing down. The way to resolve it is to be the light that will guide those who feel the call. Starting new movements is often necessary, but vigilance is called for. I am personally very aware of this, since launching an ‘awakening’ website is a form of ‘doing’. It’s my karma I tell myself!


Another doing may be to decide you must now become religious, or call yourself a spiritual person. Buddhists use the analogy of a 'finger pointing at the moon'. The finger is only showing the way, but in becoming absorbed by the way  (or the messenger) we can actually miss the target (here the moon). That's why the Buddha gave clear instructions that he was not to be worshiped as a god. Jesus did the same thing. But many of their followers tended to forget this.


There are a lot of people out there worshipping fingers (if you pardon my expression!) This is not to say religion is wrong. Thinking that is another trick of the ego-mind. Creating an ‘other’ against your ‘right’, that’s classic dualism. It’s really important to acknowledge others’ awakening, although their means may be very different to yours. Many choose the religious life as the way.


Fundamentalism is one of the great weapons of the ego-mind. It loves absolute thinking, anything that can prove that it’s right. Being right is very important to the ego-mind, and being right is the bedrock of every kind of fundamentalism, not just in religion or politics. Fundamentalism can show up in your attitudes to ordinary things around you. If you’ve ever found yourself, in reaction to some change, thinking ‘but it’s always been that way’ (and I know I have), that’s fundamentalism. Be mindful of it. Do you feel the need to defend yourself when you think you’re right? That’s the ego-mind. Even if you are!


Another of its weapons is fear. So many prejudices, false judgments and the like are forged in fear. What you fear you will be enslaved by, because you will either expend countless energy trying to fight it, or feel overwhelmed by it. The idea of punishment either in this life or in some supposed next one frightens a lot of people. It’s been part of our thought process for thousands of years, going back to the ancient Greeks. And of course it’s part of the armoury of the ego-mind. But the idea that there is no punishment can frighten people more. It evokes stirrings of their own magnificence and that terrifies them. Remember all fear is a lie.

Strategies of the ego-mind

The ego-mind has the uncanny talent to adopt and absorb whatever hits it. It mutates, to use the scientific term. It can even absorb and subsume awakening itself. For example, it may tell you that now you must meditate 5 hours every day, and, on top of that, stop smoking. After all, it tells you, isn’t that what awake people do? So now get to it. And if you comply then chances are you’re still living in the ego-mind, you’re still carrying out its lie.


Now is there something wrong with meditating for long periods or letting go of harmful addictions? Absolutely not. It’s the motive behind your actions that’s the problem here. If you think this is making you spiritual, then you’re investing something in the act, and in your ‘doing’. That’s the busy mind again.


If, on the other hand, you love meditation, and the benefits it brings you, then great. That’s your natural calling. That comes from your higher mind, your Higher Self, or God Consciousness. Same with addictions, whatever’s not meant for you any more will fall away naturally. Let that happen by itself. Don’t try to push it. It’s when you step in and decide ‘this is the correct thing to do for one who is awake, or this is the correct way to think, or this is the correct way to behave’, then you know you’re still in the ego-mind’s grip. Because you’re trying to control it. And there is no control. Next thing you’ll start thinking ‘other people should meditate for 5 hours a day and do as I do. Must get busy trying to change them’.


The ego-mind will contrive to disavow you of the idea that you had any awakening at all, or indeed that there could be such a thing. The laws of logic and physics are its first line of defence. Failing that it attempts to sow seeds of doubt. Continue down this path, it whispers, and you could go mad, lose all your money and become like those crazy people who live on the streets.


And, failing that it will relinquish and agree that you are indeed enlightened.

That’s when it really has you!


You are the ego-mind!


You see, the ego-mind isn’t really big scary bad. It’s you. How can it be otherwise? You set it up remember.


Think of it this way, suppose you live in Brisbane and you want to see the Grand Canyon and Universal Studies, you will have to fly to LA. Now this means temporarily putting your person in the charge of an airline, and on the actual day of a specific pilot. You have a choice of course, you can stay at home. Hardly a viable option!


Ditto when you took on this mortal coil. That too was a choice, nobody forced you. But it wasn’t a choice like will I have the crème-brulee or the tiramisu. It was something you needed to do, for reasons only you know, at a soul level. But a choice nonetheless.


So you entered into a kind of sleep, and made the ego-mind your pilot. And all along this thing is really you, at a lower level of consciousness, or in a non-awake state.


Next time: meet the Illusionist. You don’t want to mess with this guy!

Return from ego-mind to home page.