On the curiosity of an earthquake in
Birthing the New Consciousness 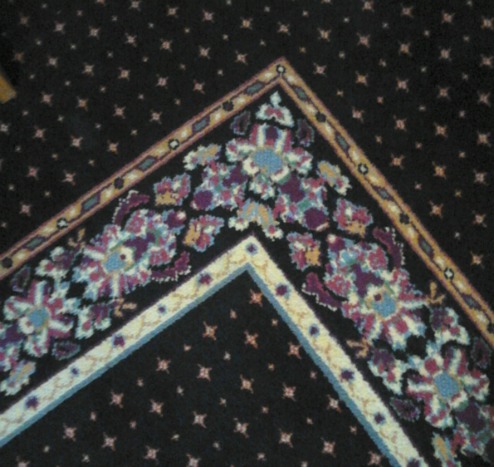 On my facebook page I likened writing my new book Birthing the New Consciousness to giving birth to a real baby, and I think it’s a good analogy. First you conceive the idea, then you slog away at it until it begins to resemble something like a finished product. In between at divers times you tear your hair out (or in my case scalp!) thinking you can’t write anything and that the thing will never be finished. I’m sure this is the way with every writer.


What started out with great hope and fanfare is set aside for weeks on end only to be picked up again with a new flourish. Eventually, ah yes, parturition looms. Those last few days see you up till dawn peeps furtively over the hill. Emails are left unopened, correspondence left neglected, refuse piles up at the door as domestic life grinds inexorably to a halt. Some days you even forget to eat! But then your new arrival ‘arrives’ and all the hard labour is forgotten as you spend days going oogly-oogly over the delightful creature.

Well it’s the very same with completing a book (apart from the oogly-oogly bit!)

We are living in strange times. Sweeping changes in North Africa, across the world even. My heart and thoughts still go back to Japan. If you’ve read the book you’ll know that one of its pivotal arguments revolves around an earthquake and tsunami. Some of you may wonder if this is a reference to the one of March 11th.


It’s not. The ‘earthquake scene’ in Birthing was one of the earliest pieces to be written, oh, about a year or so now. At first I was going to have a train crash, then I was thinking around other disasters, maybe terrorism, but the higher beings were having none of it. It was made clear to me it had to be an earthquake-tsunami, and in no specific part of the world. So I admit when the disaster in Japan happened just as the book was ready to go it was kind of eerie. For one brief moment I thought of not releasing the book at all, but I knew this would be moral cowardice. I did ‘delay’ launch by a few weeks though.


For those of you who don’t know what the hell I’m talking about let me explain. One of the central motifs in Birthing the New Consciousness is how our reactions to outside stimuli impact on our thoughts and internal state. We think our reactions and feelings to external events are involuntary, but this is not the case, you are always the author of your own feelings. These produce the states in your body that become your way of being, whether you realise it or not. Most people don’t. That’s because most people live slightly below the level of wakeful consciousness, they live their lives on automatic.

That is going through each day semi unconscious and thinking things just ‘happen’. Then the computer crashes in the middle of some important work and we go ‘damn’ (or something stronger!)

This is reacting to external stimuli. But once we become conscious we’re doing it, and that we have other choices, we stop. And then we get to reclaim more of our minds. The result is we are calmer, more peaceful, and have better judgment.

So much of our mental space is taken up with thinking about the after glow of some drama. Which of us hasn't spent hours arguing in our heads about something that's happened hours earlier. We are constantly being pulled this way and that by our thoughts.

We even react to our own thoughts, something I go into in more depth in the book.

And this brings me to another cornerstone of Birthing the New Consciousness which is response, There is a huge difference in when we respond and when we react. One is a listening to, and engaging with whatever arises, the other is being pulled into someplace we don’t really want to go, into other people's reality. Response is not always about ‘positive thinking’. I was out shopping yesterday and the canned music in the supermarket was playing a song that went ‘smile like you mean it’ (I don’t know by whom). I thought, well, if you have to force yourself why bother? There’s no imperative to smile. There are a variety of responses we can bring to any situation. An automatic reaction – like lashing out – is one, but so too is apathy. And sometimes this is worse. We are so bombarded with information today that unfortunately apathy is the response of many.

Famine fatigue they used to call it.

Obviously to such a disaster as Fukushima apathy or numbness is not an appropriate response. I’ll quote a short passage from my book to illustrate this:

An awakened response is always measured by the willingness that is ready to receive it. Its purpose is to meet each situation as it stands, not to turn it into a different one. If something elicits a sad feeling in you don’t rush to change it. It serves no one to apply a veneer of happiness over what may be a moment of intense sorrow. When operating from a state of awakened consciousness a response will be chosen, and it will be an appropriate one, and will fall between the delicate balance of sorrow and sensibility.” (Birthing the New Consciousness, p. 140)


Messages from water – a response

In that spirit, returning to Fukushima, I think an awakened response is called for. The immediate one may be to send financial assistance. But also it is crucially important to send loving thoughts of healing to all those who suffered and are still suffering.

Do this through prayer, through meditation, through distant healing, whatever you're comfortable with.

There is a book called Messages from Water by Masaru Emoto which reveals how even water is receptive to our thoughts about it. In a series of experiments Dr. Emoto exposed water to a variety of words, music, and pictures. Then, upon examination under microscopic photography it was found that the water formed into aesthetically beautiful crystals when it had been exposed to words and thoughts of love and kindness, but when spoken to in a violent or angry way the shapes were random and disproportionate.

I mention this not just because of the importance of the experiment but because Masaru Emoto has requested people say the following prayer while holding loving, healing thoughts for the waters of the Fukushima plant:

“the water of Fukushima nuclear plant, we are sorry to make you suffer. Please forgive us. We thank you, and we love you”. Masaru Emoto.

I think this is a very appropriate response. And it spells out exactly what I meant by that quote in the book. Don't be fooled by the media that things are beyond your control. You can change the actual world. You can affect the climate, the water, and all the other things in the world by your thoughts, and by your positive intention. Things don't just happen by accident. Nor as a punishment from some vengeful God. Those are both reactive poses sourced in living at a lower level of consciousness.

We are depleting the earth’s resources right now, raping her, and the earth is angry.

Now think about it, when we get mad don’t we lash out at someone, sadly often at those we love?

Well, it's no different with Nature. For example, the more oil we extract from the earth the less it has to lubricate the platonic plates that keep the earth's floor in place. When these get loose and start slipping then seismic shifts happens.

It’s a no brainer!

Return from reactions and responses to home page.