“Meditation and the Brain”

We know meditation can make you healthier, but thick as well!  Actually, we’re talking about cortical thickness, the good kind! 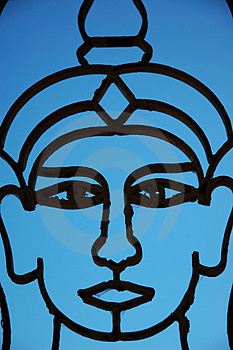 (Obviously someone with nothing better to do counted them!)

About half of these are neurons and the other half glia cells.

In the centre of the neuron is the nucleus containing our DNA. The main stem leading from the neuron is called the axon and the smaller ones sprouting from it, which look abit like branches on a tree, are dendrites.

Neurons are not all physically connected. Signals carry information down the axon and then use neurotransmitters (chemicals released by the brain at the end of the axon) to leap over the hiatus and join up with other neurons. This means when a cell dies it doesn’t wipe out the entire network. Also neurons can “link” with new neurons easily.

And here’s the thickness bit. The axon is covered by a special membrane known as the myelin sheath, similar to an electric cable wrapped around wires.  When the sheath is healthy and thick the signals pass from the neuron much quicker. Anyone who suffers from any kind of neurodegenerative disease has damage to the myelin sheath.

So, some times it’s actually good to be thick!

Last time we looked at the many benefits of meditation. There's tons of evidence to support this. Studies done by Davidson (and others) on Buddhist monks (they scanned their brains before, during and after meditation) have shown that meditation actually strengthens this myelin sheath.

Tot athletes, as you may know, are really conscious of the power of the mind when it comes to sport. Therefore they routinely train to exchange a disempowering thought or image for a more supportive one, such as hearing applause. Consequently they not only perform better, but brain scans following this training show the myelin sheath to have thickened.

And you can do the same!

It’s about noticing when you’re having a crappy thought and then changing it.

Remember though, it’s not enough to stop the doubting thought, you must also self-correct.

That is, take two seconds to dwell on a totally different thought, one that is more upbeat. In this way you are thickening the coating around the sensitive neuron and making yourself healthier, as well as smarter.

I suppose you could say it’s a no-brainer.

Sometimes size really does matter, especially when it comes to the hippocampus.  The hippocampus is where all the cool stuff happens in your brain. It is shaped like a sea-horse (where it gets its name), and is made up of two parts, Ammon’s horn, and dentate gryus.

It is estimated that each person creates up to 700 new neurons daily, which are integrated into the existing stem of the brain. But for that to happen the brain has to be kept healthy and active. Any deterioration and the volume of the hippocampus shrinks which is not a good thing.

Depression is a major factor in causing the hippocampus to shrink. Clinical depression is a medical condition, we acknowledge, but meditation can be a very effective treatment here too.  People who suffer long term depression tend to have a smaller hippocampus.  Even general moodiness plays a role. If you’re constantly dwelling on how awful your life is then you could be doing damage to the hippocampus.

There is no better way to cultivate a happy, healthy mind than to be grateful for everything you have. Trust me, this will create strong, healthy neurons.  Start by making small changes today and you will notice huge improvements in no time.

Lets nobble some myths about meditation

You have to be meditating for years to gain any benefit.

Not so. It is found that positive benefits, such as lowering of blood pressure, can happen almost immediately upon taking up meditation.

Other myths are that you must meditate for hours at a time, or that you’re too old to start. Again wrong. It’s been shown that as little as 10 to 20 minutes every day can produce really good results – fast!

And age makes no difference. I’ve known people who took up meditation in their 70s and quickly reversed life-long ill health.

It’s like exercise. Some light exercise for 15 minutes a day is better than trying to run a marathon. Same with meditation. Often less is more.

The thing is to be consistent, make it a habit and do it every day.

Neither do you have to grow a beard, drop out, eat beans for the rest of your life and go all weird (although you can if you want!). Many ‘ordinary’ people such as top business execs incorporate meditation into their daily lives. They grab a quick15 minutes during lunch break which gets rid of stress and makes them more productive, often making more money into the bargain.

You can try this experiment for yourself.

An important study was carried out by Helen Weng and the Center for Investigating Healthy Minds to determine if compassionate meditation not only changed people’s thoughts, but carried over into behaviour.

Participants were divided into two groups, one asked to partake in a 30 minute compassionate meditation, while the other did a different kind of meditation.  fMRI brain scans showed that both groups benefited. However, the group that did the compassionate meditation showed behavioural change as well. That means when confronted with actual suffering they did something about it.

Exposure to suffering can make us behave in two ways:

One to shut it out - I don’t want to know about this.

And the other to intervene, to try and stop it.

This study found that when people were trained in compassionate meditation they were emotionally more mature, and more likely to do what they could to alleviate it.

You can download the meditation they did here for free and do it yourself. For best results do it daily for at least two weeks. I took the challenge recently and I have to say it had a profound effect on me. And I've been meditating now for some time.

I'd say the change it made is that I'm more conscious of suffering and the compassionate response that I know I am capable of.

Try it yourself.  You will notice a difference!

Back to home page