my tribute to Robin Williams

The issue of suicide, and particularly depression-related suicide has come into the news again following the very tragic death of Robin Williams. There has been much written about the tragedy, everyone wanting to grieve openly for one of the most loved actors and nicest guys of our day. So, maybe it’s the right time to reflect on this great malaise in our society. 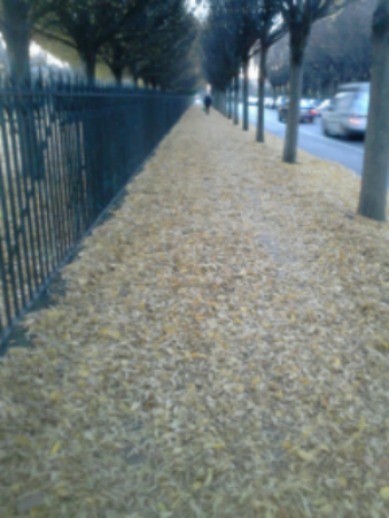 It is very difficult to explain depression and mental illness to someone who’s never experienced it. Depression can make life seem as if it has no meaning, like there’s no purpose to existence. It erects a barrier between you and other people. When someone thinks the world would be a better place without them that can be a very dark place to come back from. And this inability to connect may explain why sometimes people react in hurtful ways. They probable don’t mean to, it’s just they don’t know what to say. So they come out with some naff statement like ‘I know what you’re going through’.

Well, actually, you don’t. Let me tell you unless you’ve been there you haven’t the faintest notion what it’s like. Imagine the worst hangover you ever went through, one where you couldn’t get out of bed for a whole day, your mind a black bottomless well. Now magnify this three, four – ten times and you’re not even close to what depression feels like.  I have personally suffered from depression in the past, although thankfully not to the point where I had to be medicated. I learned to deal with it through meditation and other things. Mind you it still raises its annoying head occasionally.

Of course we’re not attributing every suicide to depression. That would be facile as the reasons for suicide are complex and deep: isolation, bullying, correct body shape, the fear that you don’t “fit in”, are among some of the reasons that explain the growing number of teenage suicides.  Add to that an acute shyness, maybe gender confusion, and you have a deadly cocktail.  I don’t think a lot of adults realise how scary today’s world is to grow up in.

I know it’s extremely frustrating, even maddening, when someone we love decides to take their own life. To those left behind it can even seem like betrayal. There’s a numbness. Why?  What did I do wrong?  Why didn’t they talk to someone, to me? But these are the wrong questions to ask. It’s never about you. The person who makes the decision to end their life is not doing it to get at you. It does not mean they love you any less. It’s about themselves and the very dark place they’re in which they can’t find any other escape from. So don’t beat yourself up because you think you missed the signs. What signs?  mood swings, changes in personality, a blank-faced stare. But your average teenager displays these every day. Signs are notoriously difficult to detect. Just remember, it’s not your fault.  Whatever the reason, that’s their choice, and all we can do is hold them in compassion; as well as those left behind.

What do you say to someone you think is suffering from depression?

First of all don’t be afraid of them. Because people don’t know what to say and are nervous around the topic they end up avoiding it altogether. They either avoid the person or if that’s not possible stay clear of the subject and pretend everything’s okay. But this is the wrong thing to do. If someone had a broken leg we wouldn’t ignore it. If someone had a tumour the size of a football growing on the side of their head we wouldn’t pretend it didn’t exist. Well, it’s no different with depression. Silence breeds separation. It becomes the elephant in the room, everyone knows it’s there but no one’s talking about it. To the person with a mental illness this reinforces the idea that there’s something wrong with them. And there’s not.  In every other area they are the same as you and me. They are perfectly normal and lovable people who have a debilitating condition. That’s all.

Speak to them as you would to a friend. Just tell the person that while you don’t know what they’re going through, you’re there for them if they want you. This makes them feel less marginalised. They know that you’re okay, and in a funny way that can make them feel okay too. Obviously while being respectful of their personal space and boundaries.

And let’s treat all our relationships this way. We need to communicate, not only speak. Don’t just talk for the sake of having something to say.  Too often we are formulating our reply when listening to someone, after all this is what we’re taught to do. Listen to hear. Listen with the heart. Maybe suicide is an unconscious cry for help and we’re just not listening. If someone is moody or quiet don’t tell them to cheer up. This makes them feel worse. Well meaning, but wholly unconscious people say, ‘you’ll get over it’, or ‘I know what you’re feeling,’ and then become all defensive if the response they get is less than friendly. Such ill-thought responses betray an appalling lack of sensitivity.

We never know what another person is feeling unless we’re inside their head, and this is impossible. All we can know is that we're Beings of Light. Let yours shine.

Returning to Robin Williams. He embodied so much of what is good about life. Those who knew him attested to his kindness and generosity (a little known fact was he insisted a certain percentage of homeless people got to work on his films). The heartbreaking thing of course is he himself was deeply unhappy. We know now he battled his own demons: depression, addiction, possibly financial problems, and it would seem early Parkinson’s; a dreadful debilitating illness as anyone with family experience of it can testify.

I loved Robin from the time he first burst out of his egg and into our hearts in Mork and Mindy. Even in this his early work there were hints of profundity. I remember discussing the “deep meanings” of some of the episodes with my then girlfriend who was also a mad fan, and we giggled shyly the time when he and Mindy were about to have sex. I’m sure my parents thought some awful American debauchery was going to invade our poor Irish kitchen, but in the end it was something about putting your finger in your ear.

When putting in your last report I hope you’ll mention, that for all our failings -  not always listening like we should, giving inappropriate responses, the awkwardness of humanity -  we’re not really such a bad lot on this planet.

Return from Suicide and Depression to the home page.