what do you have to sacrifice to be spiritual? 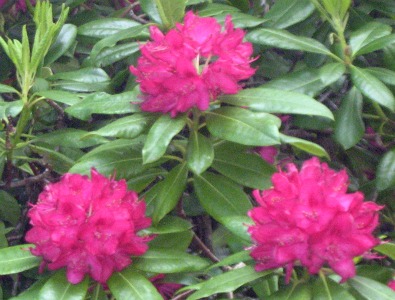 Many people ask do I have to give up anything in order to become awake?

The fact we even ask this question is evidence that we do not understand awakening. For it is a silly assumption. No, of course is the answer. In order to have everything (being awake) it would make no sense at all for there to be loss. But this idea of giving up or sacrifice is so embedded in human consciousness that we find it very hard to extract ourselves from it. It is fuelled by fear, ‘yes you’re giving me this gift but I know you want to take something away too; I don’t trust you’.

It also comes from, in a more complex way, our pact with the ego-mind. Because to enter this world of duality we temporarily put aside our memory of who we really are, and this can feel like sacrifice.

No again. That’s the idea of sacrifice persisting. The thought so deeply embedded in the mind that I can’t have something without giving up something else.

‘Surely’, you counter, ‘I must change in some way, when people go all “spiritual” they change, they stop eating meat, and they don’t swear any more, and, well basically they’re no fun. I’ve seen this myself’.

Yes, you have! But can I let you into a secret. Many of these people are not awake! They’re busy doing the work of being awake. That’s a different thing.

For example. Say you decide to eat raw broccoli every day, that’s just an idea you have about eating. And you may then associate that idea with being awake. Now eating broccoli is healthy, but sorry, it has nothing to do with higher consciousness. Further, your actions here incline you to be judgmental about more than just broccoli, you “gave up” meat so now you feel others should do the same, why should you alone go without? Life owes you one! This is how we get messed up when we try to ‘do’ the work of the higher self.

The myth of sacrifice

This is one of the most prevailing myths, and also one of the ego-mind’s greatest tricks. It states that if I hurt or destroy myself I can somehow help you, or add to the greater good of the world. It is the most ludicrous idea that ever was conceived.

Now when you awake the things that no longer serve your good will usually fall away by themselves. But that’s different. It’s like when you change in one area of your life other parts then fall into sync. And this happens in a natural, organic kind of way. It does not require sacrifice.

With me it was smoking. That was just something that fell away by itself, I didn’t do it consciously. To this day I haven’t “given up” smoking. I don’t do giving up. You’ll know yourself when you want to let go of something because it will happen by itself. It’s like the things of childhood, maybe reading comics or building sandcastles on the beach. Activities that once held the greatest joy for you would now bore you to death. Did you wake up one day and decide you were never going to build sandcastles again, ever? No. That just happened. You didn’t decide.

You see, sacrifice is really another belief. You believed in it since you were young, and so you expect to have to ‘give up’ one good for another. But higher consciousness doesn’t work like that.

If you believe that forces outside of you can be placated by some act of personal immolation, then sacrifice makes sense. But underlying that is the narrative of dependency, on the tribe, the angry gods, on the totem pole in the village. And this posits a relationship of exchange where none exists between you and your creator.

"In one way or another every relationship the ego makes is based on the idea that by sacrificing itself, it becomes bigger. The ‘sacrifice’, which it regards as purification, is actually the root of its bitter resentment." (ACIM)

Today people still do obeisance to all kinds of totem poles. Examples are fashion, wealth, music, culture, sport. Support the team. Did you read your horoscope in the paper today? Or do you avoid walking under ladders? These are all nods to the totem pole, no longer in the village square, now moved inside your head.

This notion of sacrifices permeates down into psychological behaviour. Do you behave in a different way around certain people? Why?

Well, one person may trigger in you the memory of someone in authority from your childhood, another someone you had fun with. Depending on which company you’re in you will act in a totally different way. This extends to how you think others will behave. If I’m negotiating with someone and I feel there’s a benefit for me here, chances are I’ll address this person in a very different manner than if we’re merely exchanging pleasantries. There are thousands of ways in which we sacrifice ourselves daily.

The ego-mind will always allow us the illusion that we’re in control.

When I write about awakening and related topics on the uss sometimes people misunderstand what I mean. Some of you think I’m talking about some higher state removed from all human life. Living in the clouds. But that’s not it at all. I don't live in the clouds.

Awakening is your natural state. It’s what’s there when we remove all the noise, the self doubt and the judgment. It’s peace, really.

You are awareness experiencing itself as itself and as you. And you can expand this as much as you want to. You are everything that exists, from the furthest stars twinkling in the far-off firmament, to the wind that gently moves the branches, to the crickets that serenade the grass. That’s all.

In our society sacrifice has become a virtue, ‘he sacrificed himself for his country’, ‘she gave up her time so she could attend to others’. There seems to be a devaluing of the self here. Now I’m not advancing the argument for selfishness, however, it’s like you are of less value for being you, than you would be if you’d die for some cause, or at least spread yourself a bit thinner.

"Your confusion of sacrifice and love is so profound that you cannot conceive of love without sacrifice. And it is this that you must look upon; sacrifice is attack, not love. If you would accept this one idea, your fear of love would vanish." (ACIM)

I have cited the Course a few times in this article because it has much to say about sacrifice, particularly about the insanity of sacrifice. Yes it is a form of attack, it is the opposite to love, which demands nothing.

That which you emerged from and which holds you in love never demands sacrifice. When you realise this that’s when the grip of the ego-mind is loosened, and that’s when you’re ready to step into the light of consciousness.

Next: how the ego-mind is really only a dream.

Return from sacrifice to home page.