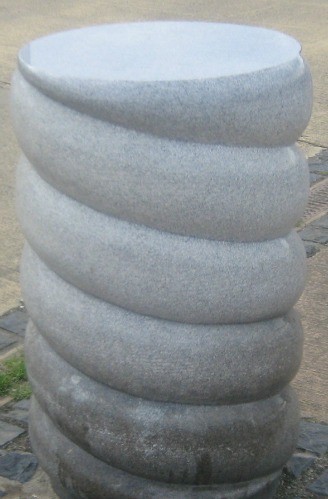 The concept of karma, not to mention reincarnation in general, is poorly understood in the West.

Two ways this gets skewed:

The first is where people declare they were Julius Caesar or some famous personage in a past life. Clearly an attempt to compensate for a perceived meaningless current existence. Or, that they’ll be living the life they want next time round.  An inverted form of the above.

The second and slightly more serious is where karma gets confused with punishment. It’s all tied up with an eye for an eye, or a belligerent God or Universe that’s out to get you.

But karma isn’t like that at all. In fact karma isn’t even about punishment. It's really about organising consequences, which is an entirely different thing.

Of course our consequences, particularly if we live in an unconscious way, can cause hurt to others, which will hurt us too, but this is not the same as punishment.

I see karma more as part of the journey. Let me give an example.

Suppose I’m acting as an ambassador sent to deliver an important letter to neighbouring country. But I’m careless, and I set out on the journey forgetting to bring it with me. When I realise my mistake I have to turn around and come all the way back to get it. The consequence: delay, inconvenience, and probably a little embarrassment on my part.

But any delay, inconvenience, embarrassment or suffering that ensued came about as a result of my carelessness, not because the Universe is out to “get me”, or because I’m a “bad” person.

The unbearable cause of things

Life is not dissimilar. We all came into this world with a purpose, we just don’t always know what it is. And because of this, or because we’re too lazy to look, or get distracted too easily, we keep coming back again and again until we do.

In truth, as I continually say, we ‘forget’.

And it gets a little more complex. With each life lived we pick up desires, needs, tendencies, Buddhists call these seeds, which draw us back into another life to explore these more, thus entailing more suffering. In the same way that someone with an addiction, say to alcohol, spends their time and energy every day pursuing something they don’t want but think they do. The addiction distracts you and interferes with finding your purpose.

Likewise with karma, we get pulled into more and more lives, finding ourselves at the mercy of both good and bad things.

Take someone with an appetite for unhealthy sexual practices which they never bothered to resolve, just got old and died. That gets imprinted on the soul and will stay there until it’s cleared, drawing them back into life after life. And how it will manifest itself is anyone’s guess.

I think we’re seeing a lot of that in the world at present!

The great American clairvoyant Edgar Cayce talked of the “possessive power that overtakes the partaker”. And he hit the nail on the head. Our passions create weights in our life that will simply drop us into another life when this one’s finished.

One way around this is to practice non-attachment in all areas of your life. To your family, your friends, your lover, your job, your country. Everything.  The attachment to country is such a huge one. Everyone is raised to love his country, die for it even. What a ridiculous idea!

By non-attachment I don’t mean you have to be cold and uncaring. In fact by living consciously you’ll be a far more caring person. Don’t confuse non-attachment with being aloof. Nor am I saying you have to be a hermit here. Actually, that would be another form of attachment, being attached to the idea of being a hermit. We can actually be attached to the idea of not being attached! Crazy as that sounds.

The way to cultivate non attachment is to become aware of your thoughts, feelings, motives. Do you find yourself thinking about something a lot (obsessing over it)? Do certain things make your blood boil? Notice what presses your buttons. Don’t keep anything hidden from yourself. As soon as we become conscious of our attachments they begin to loosen. If we do some work on it then they drop away. Nothing can persist when held in the light of conscious attention.

Karma isn’t written in stone. When we become conscious of our actions and purposefully change, then we can wipe out past karma. One of the most effective tools for doing this is forgiveness. Acting with sincere forgiveness, and showing kindness to others can erase years of karma. But it must be sincere. We can’t just ‘do’ forgiveness in order to avoid the consequence of our past actions.

Always remember you are innocent. So you don’t have to be punished just for the sake of it. The law is not immutable. It simply levels all things out.

We cannot escape the results of our past doings. It’s the law of sowing and reaping. But with conscious living, and developing the art of non-attachment to things we can undo past mistakes and create something better for tomorrow.