What do we mean by spirituality ?
A new perspective
[part 1]

What is spirituality? That’s a tricky one. To the less perspicacious eye it seems synonymous with religion but this is not so. In fact the two are often opposites, and I will explain what I mean by that later. In this article I want to broaden the scope of what it is to be spiritual. Many people find a rock concert a spiritual experience!


The word spiritual comes from the Latin word spiritus which literally means to blow. It therefore has the connotation of inspire, infuse, breathe into. It is what animates us, moves us, gives us life. Spirituality is integral to the soul, the very essence of self. And it’s this ethereal quality which suggests the supramundi, that which is beyond the physical, beyond the material, outside and greater than ourselves. And hence its connection with divinity.


Now religion too comes from another Latin word, religio, meaning superstition. Therefore, it’s necessary to make the distinction between spiritual and religious. Of course they are not mutually incompatible. We recognise there are many people who are religious and spiritual, also there are a growing number who are spiritual but not religious.


When a person is capable of feeling, of sensitivity, expressing unconditional love, then it can be said they’re having a spiritual experience. If in our behaviour we demonstrate altruism, kindness towards others, compassion, tolerance, and forgiveness, regardless whether we believe in God or not, are we not being spiritual? These acts, and expressing these qualities, not only raises us to a higher plateau, but they have the power to elicit a response in kind from others. In this way they change both the doer and his environment.


The hallmark of spirituality is not formal expression, as we find in religious practice, but instead it is what we might call transformative. Putting it bluntly spirituality is what can move us from the ordinary, to what we might describe as the extraordinary. That again is the breath moving in us.


Spirituality is that which changes us, makes us different 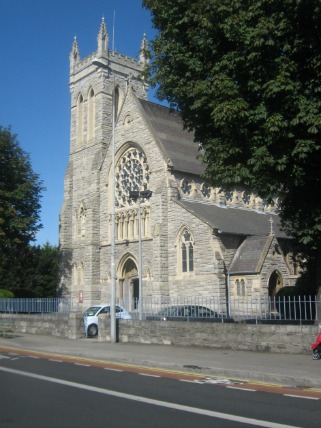 This sense of transformation need not be confined to church, mosque or temple. Many people find it in nature, they feel complete and whole when they are among animals, tending the soil and being husband to plants and the land. Often they will report feeling fragmented in big cities and can feel uncomfortable around machinery. They have a natural bond with nature and find a soul peace and ease here which can only be called spiritual. In their different ways the Natural Philosophers, the Romantic poets of the nineteenth century, and the painters of the Impressionist school believed that nature could be a pathway to humanity’s salvation, that here was the ingredient that had been overlooked. Some even believed it was a direct line to our inner divinity.

For example, in Turner’s Golden Bough it is the mind of the artist, animated by these feelings and sensibilities, that manages to transform what is an ordinary scene into one that evokes something greater in us. It suggests what we’re looking at is not the full picture, but that through it we are able to go beyond to something greater. And Turner is able to take us there. Here the external is used to awaken and bring to the fore our internal experience, which is our reality; this is indeed an act of transformation.


Perhaps this is even truer for music. Whether it be the water music of Handel, rhythmic beat of African drumming, or Japanese Okinawan folk song, music has the power to transform us form one state to a higher one. It can literally take us out of ourselves. Who has not seen (and felt) a mood completely changed by the upbeat strains of music? It truly has the power to sooth the savage breast. 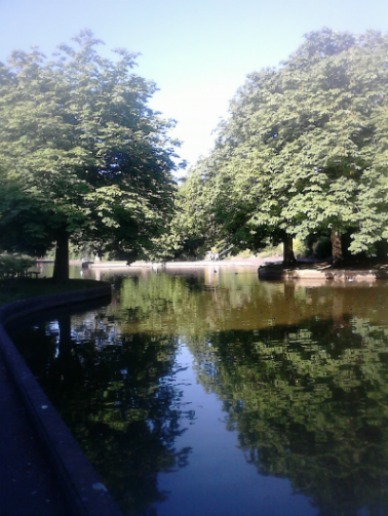 Spirituality predates any of the world’s major religions. We see it in nature worship. We know the Native American peoples were deeply spiritual, but their spirituality was channelled into a sense of connection between the earth and her inhabitants. The buffalo and the eagle, the lakes and trees were part of the soul of man, not something separate from it. Similar with the Aborigines of Australia, along with other native peoples. It is this consciousness of oneness that defines spirituality.


Even though people may be less religious today, and attendances at religious services have fallen off, I believe many people are in fact more spiritual. People are simply finding it in a different way. Euphoria is a feeling close to a spiritual one, but not quite the same. Here the feeling will heighten temporarily, maybe shift us a little, but it will eventually settle back to its former state. I think the rock concert fits into this category. Enjoyable for a few hours but hardly life-changing. Spirituality is something deeper, something that when we feel it we know it is the core of our being that speaks to us.


And today many people are indeed finding that in all kinds of unusual ways. They may have abandoned the big institutions but they are seeking earnestly in an individual way. When we begin this path we quickly learn that by quieting the mind and going inside we discover hidden treasures. The growth of meditation among ordinary people over the past 70 years or so is testament to this. Transcendental meditation (or TM as it’s known for short) was introduced to the west by Maharishi Yogi. It is a discipline that must be taught by a recognized TM teacher, which many have found very beneficial. Mindfulness meditation, pioneered by Jon Kabat-Zinn, has also been known to help those suffering from depression or OCD (obsessive compulsive disorder).


Many new healing arts have spread from the East in recent decades. Reiki is a hands on healing art that helps heal the body by working on the chakras, and is totally transformative. Others are discovering by working with their breath they can not only create altered states, but clear old soul wounds. There are various breathwork techniques, the one I am most familiar with is rebirthing. Indeed yoga, which has become popular today as an exercise regime, had its origin in breathwork and body mastery, and traces its roots back to the Vedic Sutras. Tai chi is a stilling of the mind by slowing down the body rhythms. Meditation on the feet. All of these help move the mind to a different state, and are transformative in nature and therefore spiritual.


The psychology of well being

Another expression of spirituality in our era has been the study of psychology. As well as being an academic discipline we must not forget that the purpose of psychology is to learn more about the mind and help people overcome their problems and achieve higher states of being. This has been particularly noticeable in the humanistic, transpersonal and psychotherapeutic schools. Humanistic psychology led mainly by Rogers and Maslow, rejected the rigidity of behaviourism (Skinner) and the endless mental parsing of psychoanalysis (Freud) for a more holistic approach. It put the emphasis on the whole person and not just fragments, began exploring the validity of subjective reality, and moved away from pathology. Its end goal, that of self-actualisation, could certainly be said to be spiritual.


Carl Gustav Jung was probably the first to take psychology out of the therapeutic arena and into the mystical. He spoke of the archetypes, certain symbols so embedded in human consciousness that they can make manifest our inner desires and motives. He proposed the theory of the collective unconscious, that we all share in a common pool of a singular universal mind. It could be said he anticipated the idea of Oneness. Otto Rank asked what effect birth trauma had on the individual. Gestalt theory broke new ground too. As did Heidegger to Kierkegaard and the Existentialists. Joseph Campbell put myth in a spiritual or mystical context, seeing it not merely as stories of an allegorical nature, but as that part of us which lives in awe of life itself. He connected it to the soul. We must not forget that in its true meaning psychology is the study of the soul.


An unusual twist on spirituality

We could speak too of economic spirituality. Some recent studies claim that people are actually spending their way out of this current recession. This is in marked contrast to former recessions where the natural instinct was to batten down the hatches and try to hold on to every penny. This is the reaction of panic. So why is it different this time? Well, one suggestion is that people now expect a higher standard of living, and while they’re prepared to take cutbacks, they’re not about to relinquish the old lifestyle they’ve grown accustomed to entirely. This is a mental change, an attitude shift, and of course the result is their spending will stimulate the economy to grow again. And that’s good. Now while the stock exchange may seem a strange place to find spirituality, the spirit really has no bounds. Spirituality is, as I said, a shift in perspective, in our mental and psychic patterns which in turn cause change at the physical level. It is the breath acting on the physical that changes and transforms.

Values change with each generation. What would not be considered spiritual in the Middle Ages may be so today. Equally what was considered spiritual then may not be any more. I remember when I was teaching in a university some while back, during a class on Virgil, the ancient Roman poet, I asked the class if any of them would name ‘virtuous’ as one of their values. Some of the students were embarrassed, others said definitely not! Now the term virtuous had a very different connotation to the ancient Romans (it more or less meant excellence) than it has for us. The modern meaning largely derives from the Christian interpretation. So it was a bit of a trick question! What was interesting was that today’s youth associated virtuous with prudishness. They saw the sexual meaning only.


The general purpose of religion is to give people a sense of togetherness, of unity, of communion. And this is a very positive thing. It provides stability, reinforcement and a sense of belonging. Many people express their spirituality in that way. They share in fellowship and love with like-minded people. But the very thing that unites these people is what shuts others out. Many attitudes are calcified through religious practice, and this can be a major stumbling block to the transformation that spirituality calls for.


Religion, at its very core is an unthinking, unshakable faith in a particular deity. Concomitant with that is an equally unshakeable belief that those who have a similar faith in a different deity, or none at all, must be wrong. It’s difficult for religion to be otherwise. In this way it is absolutist, deterministic, positivistic and not given to flexibility. Spirituality, as we have seen, gives us flexibility. Religion gives us dogma. In this they are polar opposites.


Next . . . we consider spirituality on a higher level still.

What do we mean by Spirituality 2

What do we mean by Spirituality 3

Or, return from What do we mean by Spirituality 1 to home page.