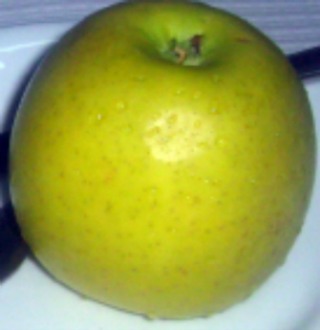 What do we mean by awakening? We hear much about this subject across the internet today. Indeed this site, as you know, is devoted to it. But what does ‘awakening’ actually mean? Are there specific things you need to do in order to achieve this state? And when you have, what then do you do?

Many people have written to me describing experiences of awakening they’ve had. I specifically get a lot of correspondence from people who’ve had what seems like a kundalini awakening. Now, as I say to each of them, don’t get hung up on the specifics, any awakening-type symptoms are simply an indication that you are on the right path, your path.


Without doubt there is a big awakening movement going on across the globe right now. And this is good. Look at all the changes and shifts in world paradigms that are happening, not over centuries, or decades, but in the space of years and even months today. From the Occupy Wall Street to the Arab Spring, the consciousness of humanity is being raised without the shadow of a doubt.


So, starting today [an auspicious day (February 29th), it’s a day that doesn’t exist!], and continuing over the coming weeks, we’re going to explore in an extended series of posts this theme of awakening in greater depth.


I don’t want you to just read this but also to think about what awakening means to you. And to ask yourself what you can do, before 2012 is out, to have reached some kind of transcendent state in your own life.


What awakening is not

Awaking is not the same as awareness, like of the environment, political stuff, that kind of thing. For laudable as these are, they do not in themselves constitute being awake. In my definition, being awake is when you have a real sense, at a visceral level, not just in an intellectual way, that there is something more going on than what mere sensory evidence would have you believe.

You are consciousness. You are awareness. You are in fact all of life, and you always have been. But in order for you to explore something different you have to play a little game. You have to pretend that you’re a limited being. And you do this by entering the world of dimensions, time and space (although these too you invented), or the world of the senses.


You step back from being it, that is total consciousness, momentarily, so that you experience this ‘being who you’re not’ state. If you think about it there is no other way you could do so.


Now in order to do this you hand over authority to something else. This something else isn’t alien or evil, as many believe, it’s still you, but it’s a lesser part of you.

For convenience sake I'm going to call this part of you the ego-mind.

Think of yourself as starring in your own film. You wrote it, directed it, produced it, and you play the leading role (actually you play all the roles). But in order to enjoy it, to experience it, you have to sit back in the cinema and watch it unfold.

While undoubtedly this part of you, this ego-mind, plays a very necessary and important role, the down side is it can get carried away by a sense of its own importance. In short, it thinks it’s in charge.

Imagine yourself as the owner of a great estate, you’re going away for a few years so you leave your affairs in the charge of an appointee. Now as the years pass and you don’t return this person grows arrogant and wilful. They forget their role as trustee and come to believe they own the estate. This is exactly what happens with you and the ego-mind.


The ego-mind is simply a lower form of organism, as the gall bladder is to the brain. Its role is functional. It has nothing to do with higher consciousness, although it may think it’s it.


Now I’m taking some liberties here in the choice of terms I use. In the same breath I mentioned higher consciousness, you, and the ego-mind, like they were three separate entities. There is of course only One consciousness (which is being filtered through that which you call You). Nor can the ego-mind ‘think’ as such, but I use such terms to aid explication. Words, at best, do a rather inadequate job at describing higher consciousness, and can even trip us up in their sophistry.


Maybe this analogy is better. Imagine for a moment you’re a watchmaker, and so totally absorbed are you in your work that you completely blank out everything that’s going on around you. People come and go, they chat in the usual way, only you don’t notice a thing. It’s as if the world around you has disappeared. Of course, it hasn’t, it just seems that way to you.


And so it is with consciousness. From the moment you’re born you become engaged with your own concerns; to feed, to survive, to thrive. Not to mention being mesmerised by the world of the senses. And so, in the up closeness of this everything else appears to slip into oblivion. You are no longer aware of greater consciousness, although you’re it. Of course it hasn’t gone anywhere. It is still there, all around you, within you, just waiting for you to give it attention again.


And that’s what awaking is. Simply paying attention to greater consciousness, to who you really are.

Am I postulating the existence of a supreme being here, a first mover? Maybe. Maybe not. It is not really necessary that you believe in one for this to work for you. Anyway, the very notion of a specific “being” implies external authority (objective reality) as well as limitation. But awareness just is, it calls for no definition, nor can any accommodate it.


It is simply Love, and you are it. You are both It and its Emanation.


Think of it this way, it’s like the artist and his art. Can you separate Hemmingway from writing? No. Never. Now the author is the most important element here, that goes without saying, yet the author and his gift are one. There is no separation. There cannot be.

This is what is meant by ‘me and the Father are one, but the Father is greater’.

Now being total consciousness does not make you omnipotent. It confers on you a limitless state, although not always accessible in human form, but it doesn’t mean your subjective reality is the ultimate one. Don’t think everybody's just some figment of your imagination. When we start to think like this we are engaging with the ego-mind. And that’s a dangerous road to go down.


While reading this I’m a part of your consciousness, you have created me, or pulled me in, for your own purposes, presumably to help you understand awakening. Therefore I only exist for you in this moment in your consciousness. But I also exist in my own right, in my world. We will have more to say on subjective reality in future weeks.


So what are we awakening from? The sleep of the ego-mind really. You see, the price for entering the world of the ego-mind, to get to play in the delusion of separateness, is loss of memory.


And this is how we end up trapped by our own cleverness, lost in the dream we weaved around us.


And that’s what this whole global awakening movement, people camping outside world banks and so forth, is really all about. We now want to wake up. We are now ready to go home.


Well, the good news is you have left clues to this very end for yourself all over the place. These clues act like a trigger or password, that when activated will bring you out of your slumber. Where to find these clues, along with many other things, will be covered in coming instalments of this consciousness series.

We are going to begin next week by delving into the ego-mind in greater depth. Then we shall go on to meet the Illusionist (yes!), and discuss subjective and objective reality, the dream mind, and the role our beliefs play. And much, much more.


It’s all here. And it’s all free. So stay tuned to the USS. Or why not subscribe to our RSS feed so as never to miss a single instalment, or become a member of our free ezine, SOUNDINGS, delivered straight to your inbox each month with links to all the latest posts. That way you’ll never miss anything.

Return from what is awakening to home page.